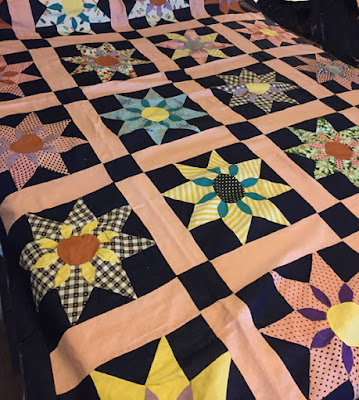 A 20th-century designer pattern that was quite popular
after it was published in the Kansas City Star in 1932.... 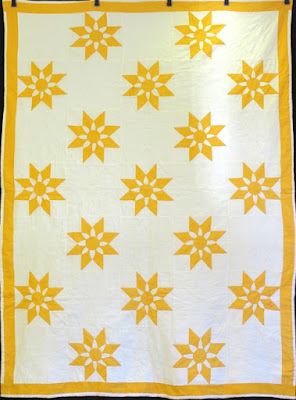 ...as Golden Glow, made in gold and white,
according to designer Eveline Foland. 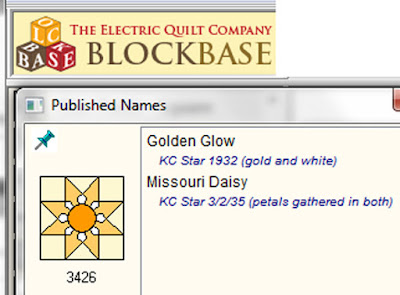 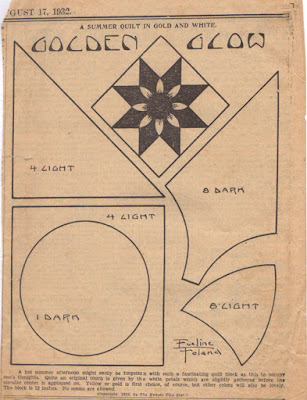 Foland was rather innovative and she instructed you
to cut the inner petals large and then gather them. 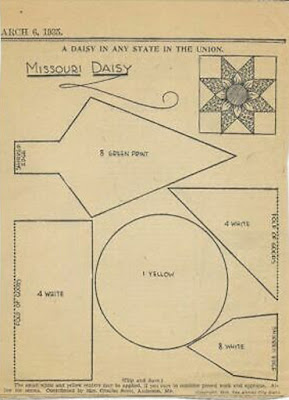 A rework of the pattern a few years later. 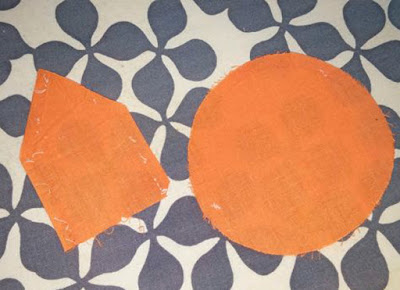 Ann at Ann Quilts picked a block apart to see how it was made and it seems to have been the 1935 Star pattern.
http://annquiltsblog.blogspot.com/2015/09/missouri-daisy.html 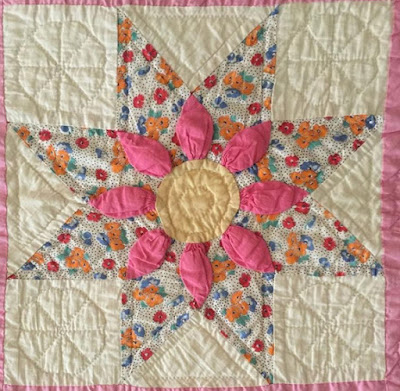 Some have more gathers than others. 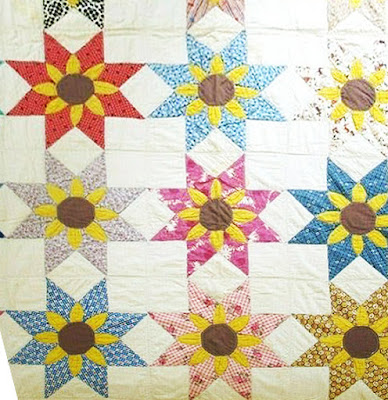 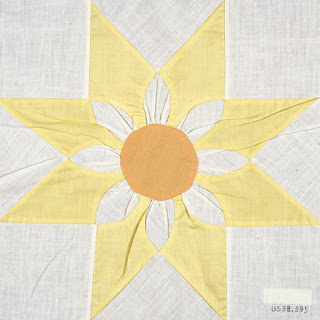 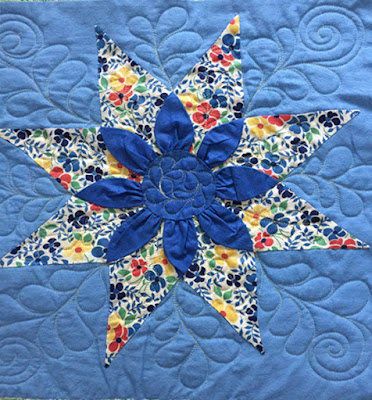 This one, recently quilted, was all appliqued. 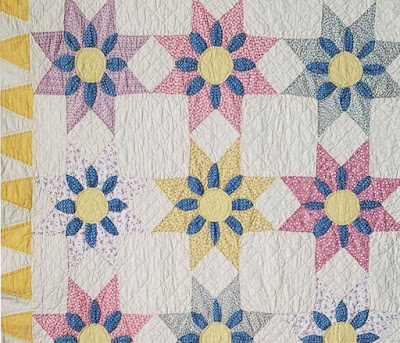 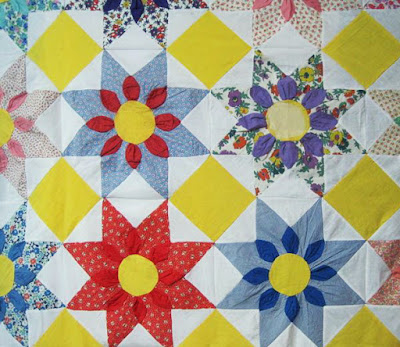 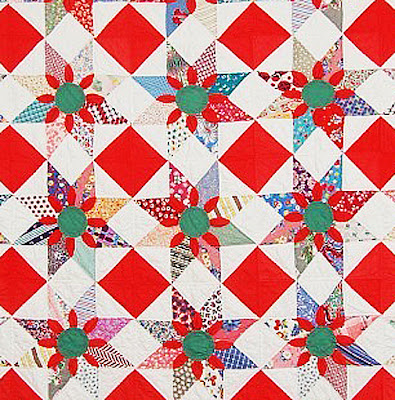 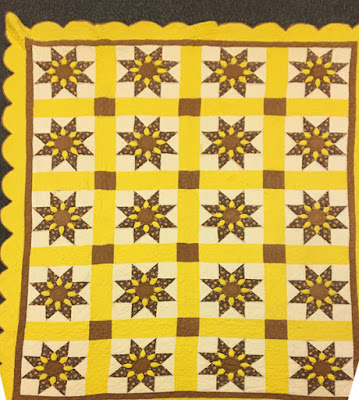 You could also piece it without gathering the inner petals. 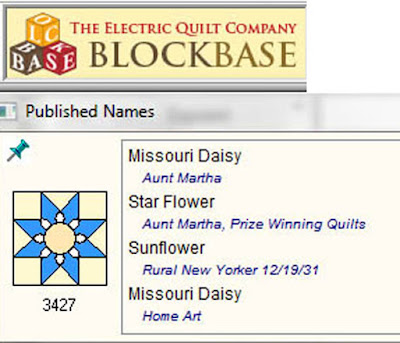 Which is how Aunt Martha told you to do it. 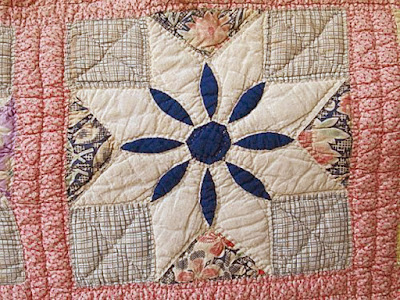 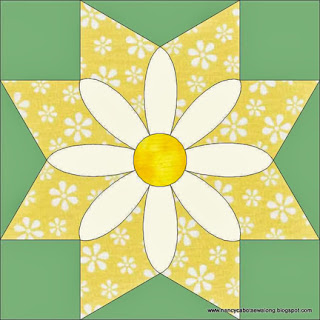 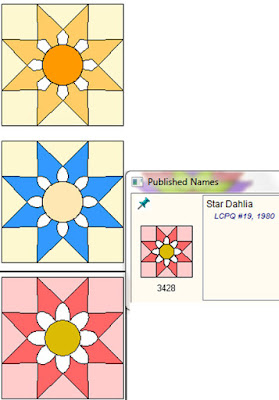 Ladies Circle Patchwork Quilts published it as Star Dahlia in 1980,
which is the name a lot of people use today.

Here's a link to a $50 set of templates:
https://www.sunsetseams.com/store/p64/%22Dahlia_Star_Flowers%22_-_Traditional_12_inch_Quilt_Block_-_SOLID_style_1%2F4_inch_seam_allowance_included__%285_pieces%29_-_Acrylic_Patchwork_Quilt_Templates.html