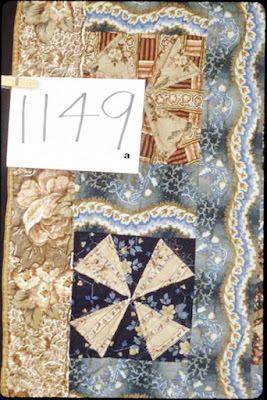 Collection of the New England Quilt Museum
From the Massachusetts project and the Quilt Index
a celebration of buff and blue, the fashionable fabrics
of the 1840s.
The block is sashed with a dress fabric stripe and bordered in a floral chintz.
http://www.quiltindex.org/fulldisplay.php?kid=1D-FC-4F2

The pattern is easy to identify: 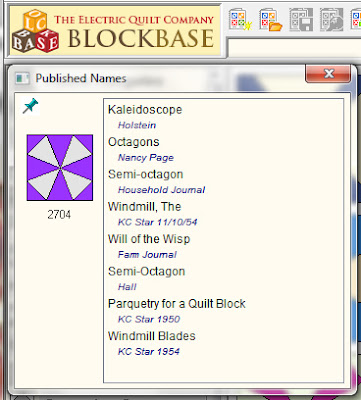 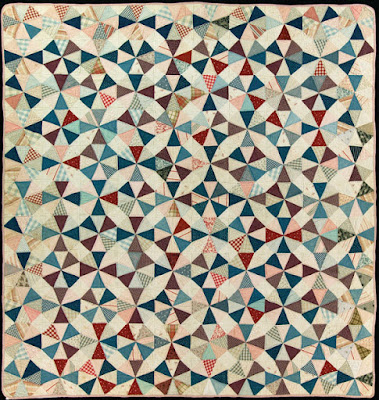 Jonathan Holstein found an example from the early 20th century,
possibly in Pennsylvania, which he published under the name Kaleidoscope in the
early 1970s and that is probably the name most of us would give it.

Earlier names include Semi-Octagon from the Household Journal, which
may be the earliest publication, early 20th century. 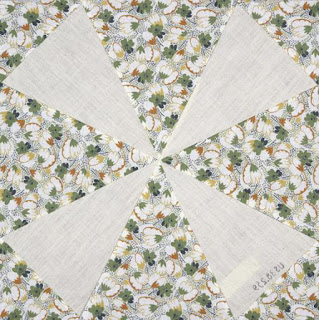 Carrie Hall published it as Semi-Octagon in her 1935 book.
Here's her block in the collection of the Spencer Museum of Art.
Hall was a great seamstress. I bet she took pride in getting those
8 seams to meet in the center.

The Nancy Page pattern column called it Octagons
in 1934. 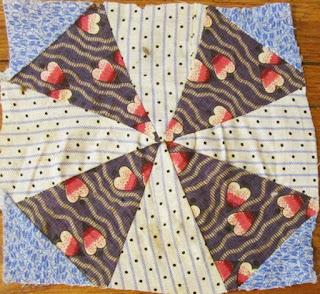 It's odd that there is no earlier publication as there are
earlier quilts and blocks. Here's someone's pattern block
from 1875-1890 or so. 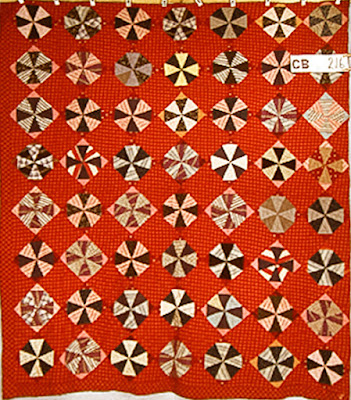 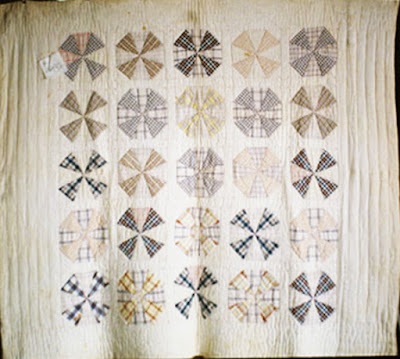 Gertrude Andrews Jones
Same time from the Michigan project
These may have been inspired by the Household Journal design. 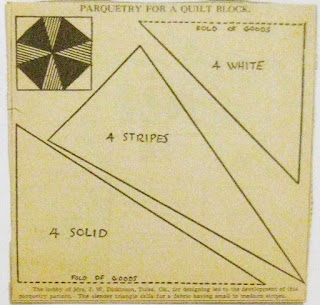 Mrs. J.W. Dickinson of Tulsa sent her design for Parquetry
to the Kansas City Star, published in 1950. She thought
the skinny triangles should be striped. 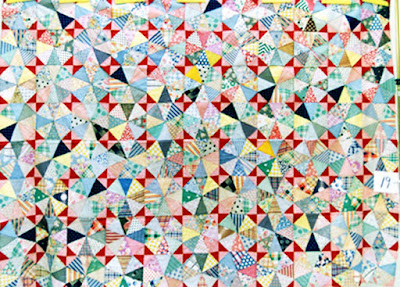 The Rhode Island project found this one by Edith Wood Chamillard.
The overall set adds a good deal of complexity to the design.
Her use of pink and red triangles in the corners shows some thought
in her arrangement. 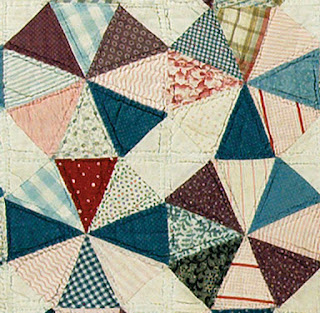 The quilt in the Holstein collection shows the same set.
I remember seeing this in 1971 or so and being quite impressed. 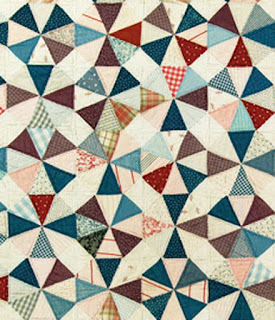 with the secondary stars created with the right shading.... 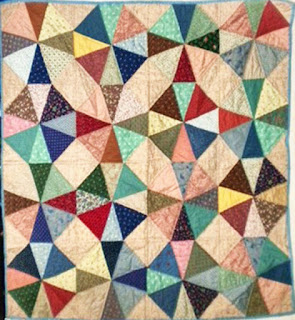 Ebay crib quilt, last quarter 20th century.
I'm sure I wasn't the only one. 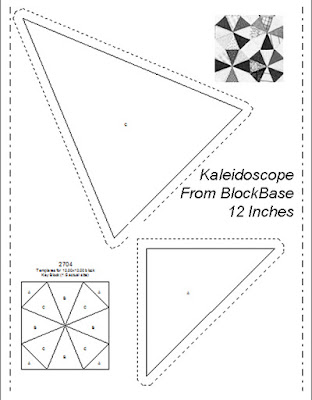 It's easy enough to make and there are some
interesting shading possibilities.
The only flaw: Those 8 center seams. 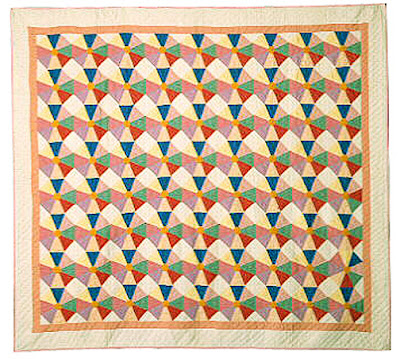 Mid-20th-century
Collection of Marti Michell
Of course you can always pop a circle over that busy intersection.
That looks like what is going on here in this one. Marti has a pattern
in her book Kaleidoscope ABC's 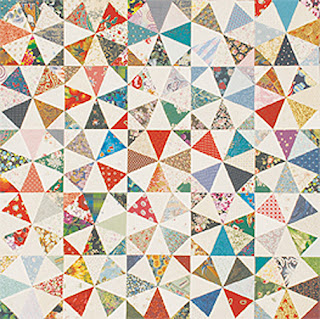 And many people would just cut with a ruler today---
no pattern necessary. 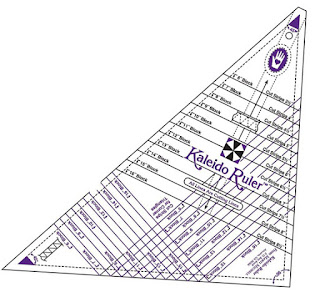