A Pitcher of Water 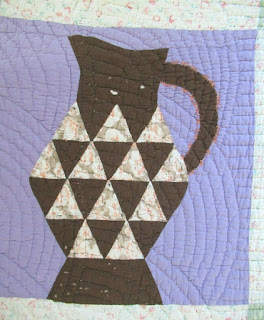 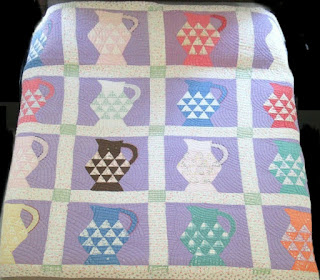 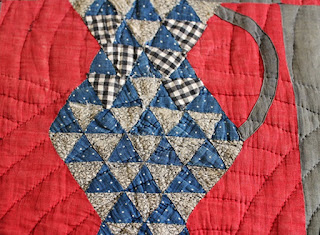 A close relative
perhaps a little older with more triangles. 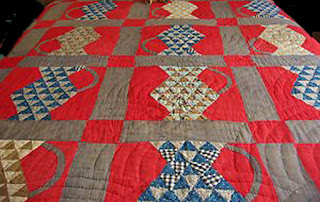 Not a published pattern. 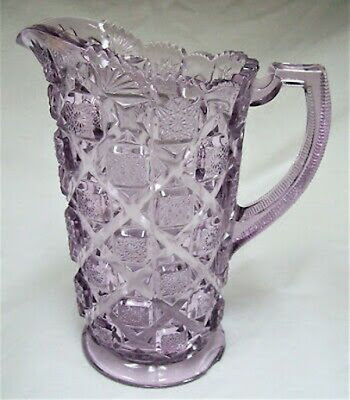 Meant to look like a glass pitcher with cut or pressed design.

There may be a meaning to the pitcher image that we don't see... 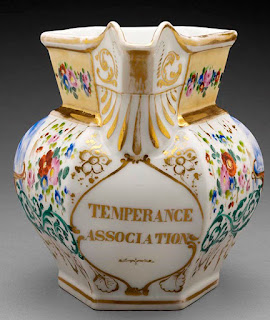 Bayou Bend Collection
Houston, Texas
...symbolizing a pitcher of water, the temperance drink
in contrast to the whiskey jug. 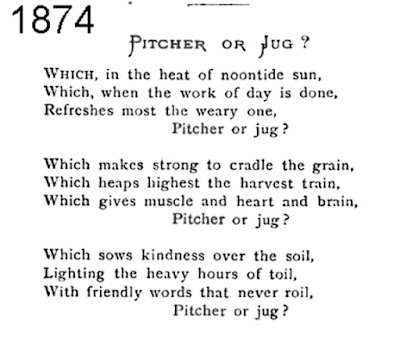 The Orangetown Museum in Rockland County, New York owns an album quilt made for Elizabeth Griffiths in 1852. A poem describes the symbolism in some of the blocks. For this appliqued pitcher: 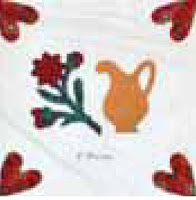 "Then the one by Mrs. Sarah Haring
Has a flower like the rose of Sharon,
Also a pitcher, let up fill our glass
And let us have the Maine law come to pass."

In a post 8 years ago I wrote: "The Maine Law was a temperance law---I think we can interpret this as a water pitcher symbolizing support for temperance."
http://barbarabrackman.blogspot.com/2012/05/album-quilt-with-key.html 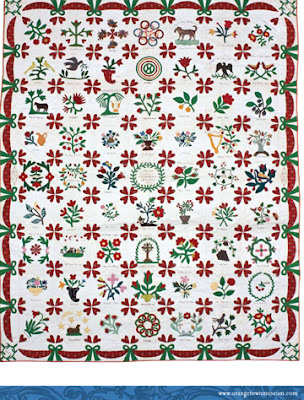 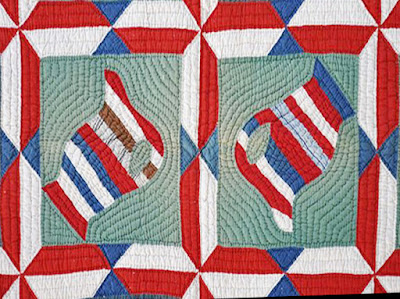 Don't have many pitcher quilts in the picture files and no published patterns.
This string variation from a Lone Star Study Group meeting.
Looks about 1900-1930.