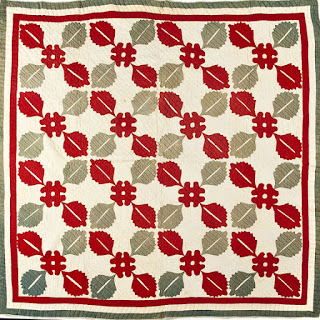 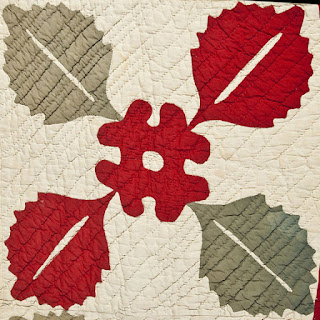 The center is a fleur-de-lis variation.
The symmetry is a 4-way rotation---a design with 4 arms---
design elements on the diagonal. 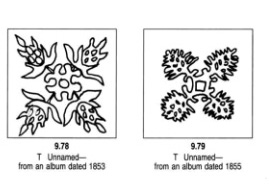 Here are two similar blocks from my Encyclopedia of Applique.
#9.78 and #9.79. They were never published as patterns before
1970 so they have no "names." My sources were album quilts from the 1850s.
#9.78 looks like pineapples rather than a leaf. 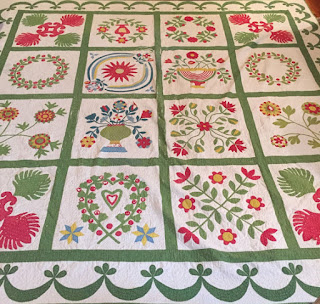 Here's an album from about 1850 that recently sold with one of the block in each corner. 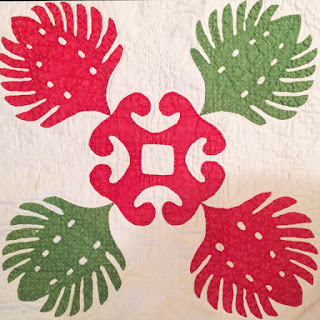 Print this picture 8" for a pattern.
Similar but with reverse applique... 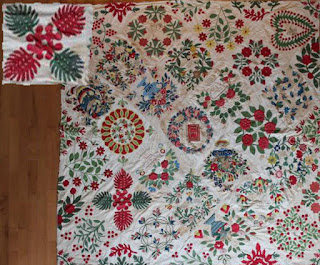 taken from an album that looks to be Baltimore-style, ca 1850. 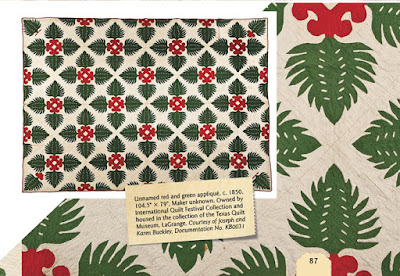 Repeat block quilt from about 1850 pictured in the Cumberland County Pennsylvania book.
The quilt is in the Texas Quilt Museum but it seems to have been found in
Cumberland County.

These patterns interest me because they were popular once and then disappeared from quilters' repertoire. Did it have a name? Was it a regional favorite? 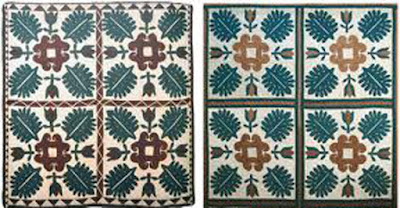 You also see the leaf and center with an added motif on the north/south lines
as in this pair with a tulip that Bill Volkening showed on his blog.

But the last pair should have a different ID number because the block has a 4 + 4 layout (designs on the diagonal and the horizontal/vertical lines). Unfortunately it's not in the Encyclopedia.

Will it catch on again?