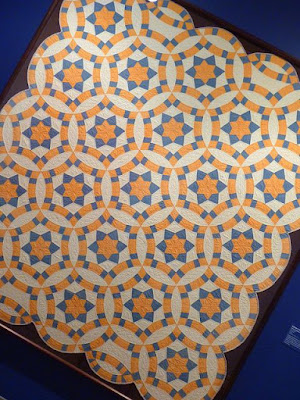 Mandy sent me this photo of a Golden Wedding Ring quilt in the collection of the Museum of American Folk Art, a gift of Robert Bishop who was the authority on wedding ring quilts. 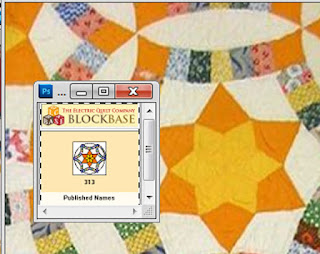 She wanted to know more about the pattern. It's a fairly easy pattern to document as it's what I call a "designer pattern" rather than a traditional pattern, meaning a 20th- (or 21st-) century artist drew it and published it. No one made quilts in the design before the 1930s. 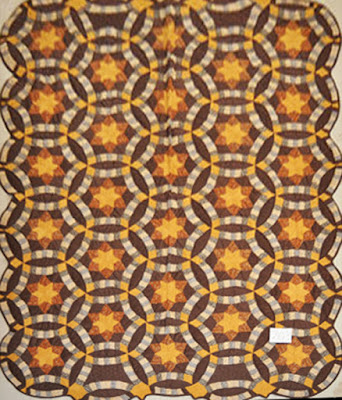 Here's an example I found online by Geneva Rankin Snowes, probably done in the 1970s. 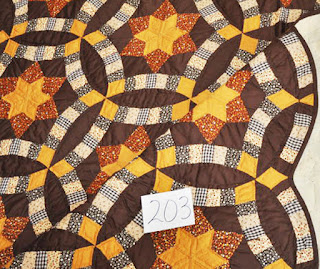 It's #313 in BlockBase, designed by the Iowan Hubert VerMehren in the early 1930s. 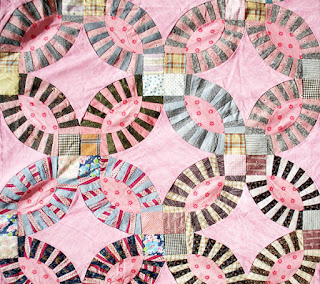 VerMehren was quite a draftsman and he took
the plain old Double Wedding Ring and made it more complex. 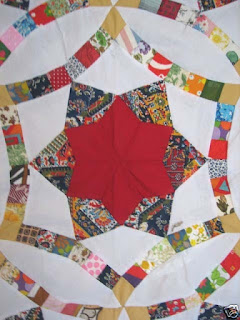 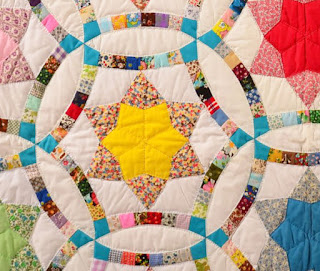 You can see there is some variation in the proportions.

Well, I know the next question is going to be:
Where can I get a pattern? 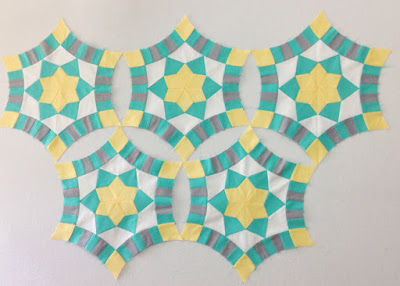 Not from me. I can't draw that well and the evidence is in BlockBase.
I wouldn't use that particular pattern.
But here is why the internet is so great.
Corrine at MustLoveQuilts is making one and she talked about her search for a pattern. 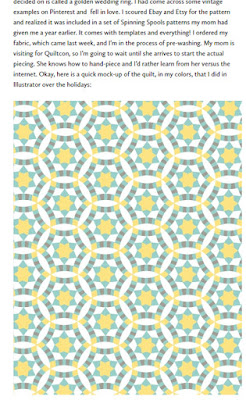 She found it in Georgia Bonesteel's book/package/club
Spinning Spools, published in the early 1990s.
https://mustlovequilts.com/2015/02/02/hand-piecing-madness/ 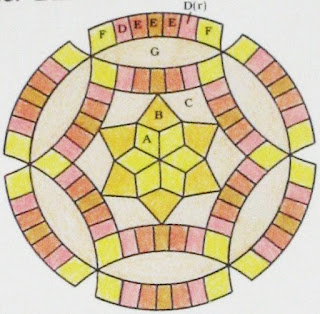 And here's why books are so great: Spinning Spools included plastic templates. And it's still around  although long out of print. 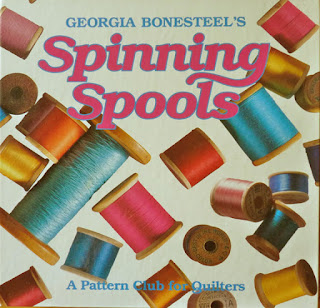 Now all you have to do is find that pattern in the right notebook (there are 3). I bet somebody in your guild has it. 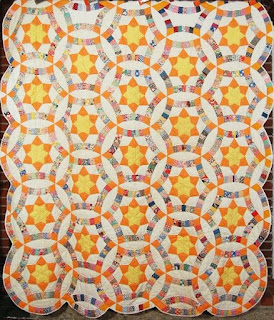 Mandy found templates for a variation for sale in Australia. 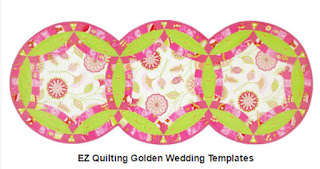 See the comments where we find that "The pattern was also published in Oxmoor House's Great American Quilts 1991 (Sandra O'Brien, ed.) pp. 82-85," which is very inexpensive in the used book market. Thanks, commenters. 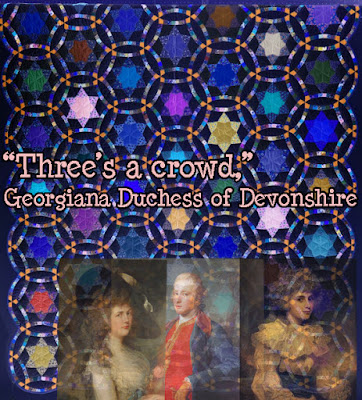 I've seen references to the pattern lately as
"Triple Wedding Ring," but that smacks of a menage a trois,
which historically has not been proven to make anyone happy.
I think Golden Wedding Ring is preferred. 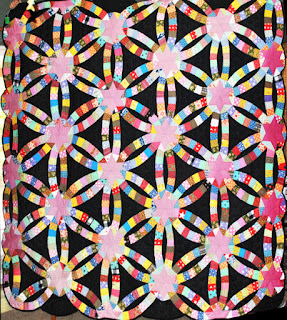 Here's a relative, but a different pattern. 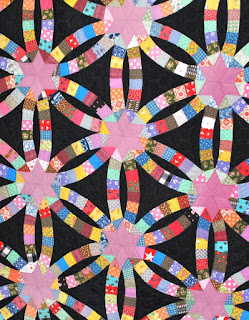 with alas no BlockBase number.