Not My Favorite Pattern: Applique #19.7 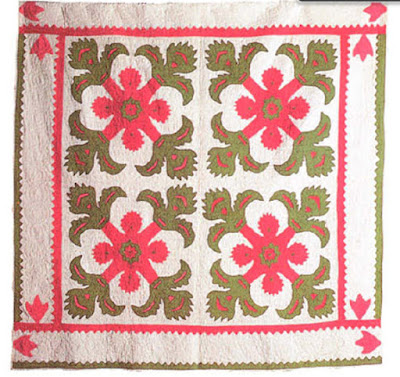 Quilt by Isabelle Wiswall Herman in Herman, NY
1840-1900
Picture from my Clues in the Calico book 25 years ago.
A woman I knew had inherited this quilt from her New York ancestors. 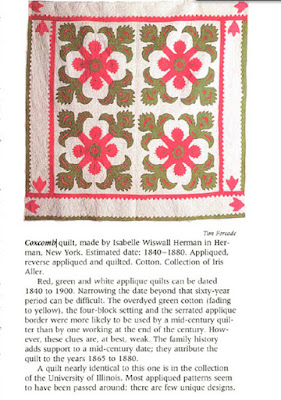 Here's what I said in 1989:
"A quilt nearly identical to this one is in the collection of the University of Illinois. Most
appliqued patterns seem to have been passed around; there are few unique designs."

I'll agree with that.

I called the quilt above a Coxcomb in Quilters Newsletter. 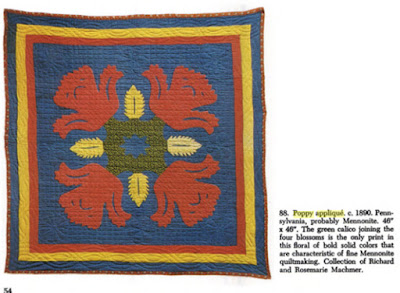 Woodard and Greenstein called it Poppy Applique in their Crib Quilts 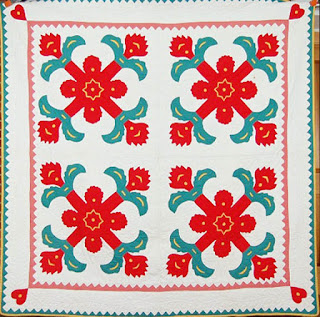 I saw this example in an online auction. Very similar.
Four-way symmetry with floral center, four-block set.
Triangles in the border
and extra applique there too.

There are many of these out there. 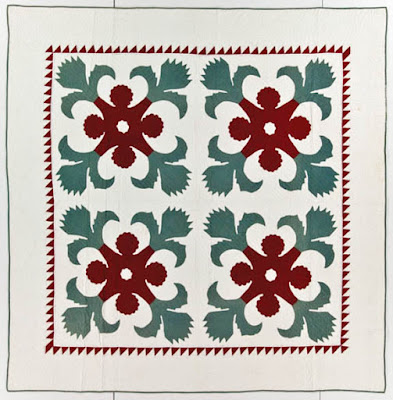 It's usually a four-block set. This one, found in Pennsylvania, is from the Carlson Collection
of Four-Block quilts at the International Quilt Study Center and Museum. They estimate the date as later in the 19th century. It doesn't have the reverse applique
cut-outs or the extra pieces. 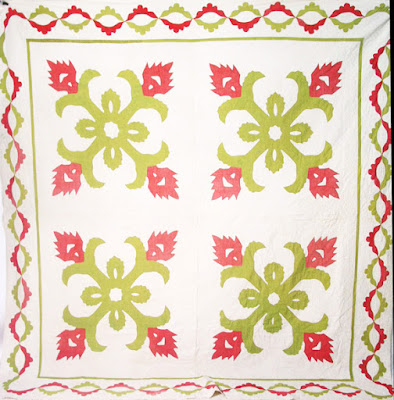 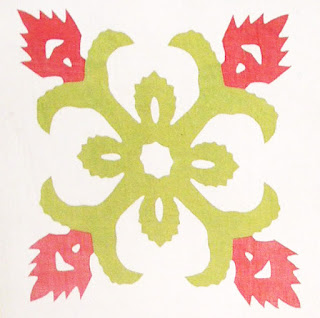 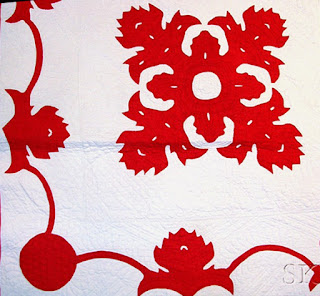 From an auction at Skinner.
You get the feeling the cardboard pattern is passed around and all
the edges have worn off. Instead of a flower the center is now a circle. 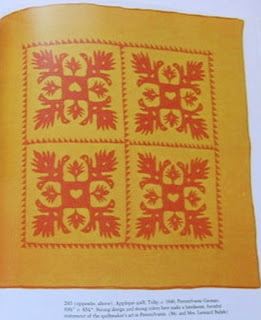 It's likely that these were cut paper designs
like a Valentine (which the above Pennsylvania example resembles.) 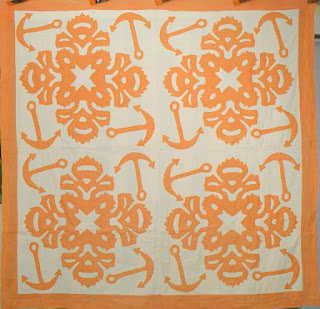 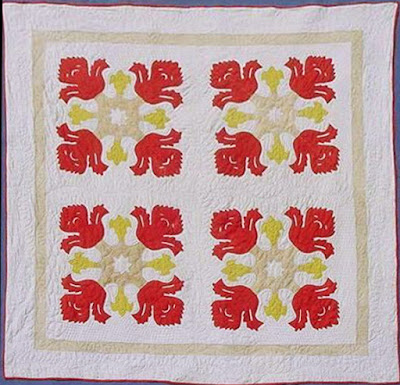 Two similar designs: The center is a star. The late 19th century version is from
an online auction.
(Strip border and tan color: both clues to late-19th century or early 20th) 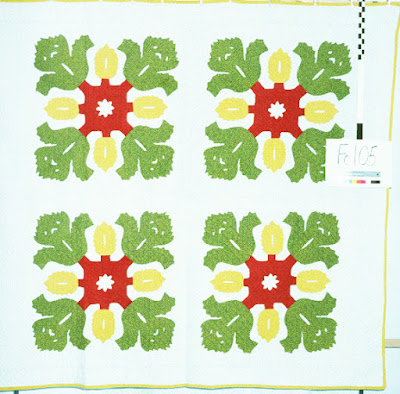 Quilt attributed to Matie Beard, Carroll County, Maryland
from the North Carolina project and the Quilt Index.
The form gives the name "Leaf and Plume,"
perhaps a family name.

Here's why it's not my favorite pattern. Human beings will see faces
anytime you give them two eyes and a mouth. Sometimes the faces
are threatening. 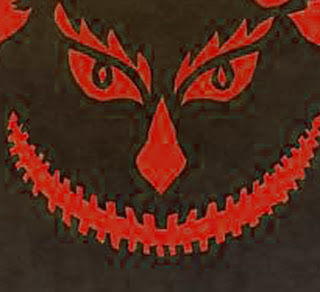 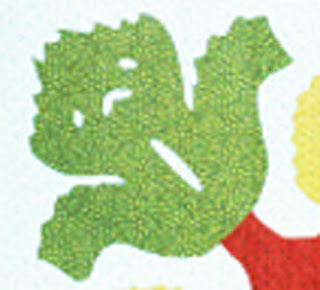 The pattern in its variations doesn't seem to be a regional design either. The repeat block quilts are from New York. Maryland and Pennsylvania (although I guess that is a region----the Central Midlands???) 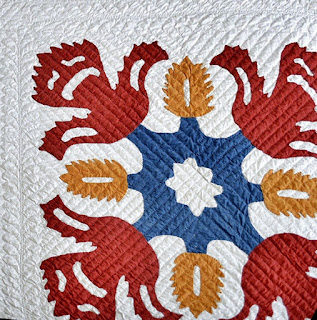 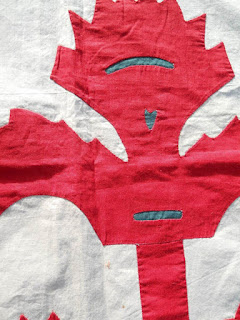 And here is one last distant relative. 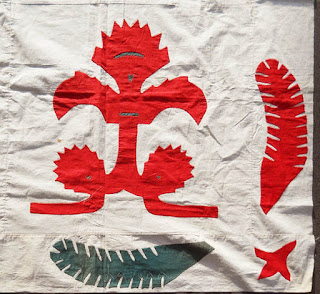 A top from an online auction.

Anyone who's cut paper with a five year old knows what happened to the distant relative above.
It was supposed to have 4-way symmetry but one wrong snip.,,,