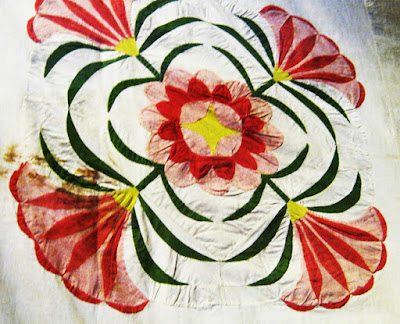 Here's a stained old block I found in an auction online.
I saved the photos as it's such a beautiful pattern.
Sort of a Caesar's Crown in the center;
The arms a lily or coxcomb. 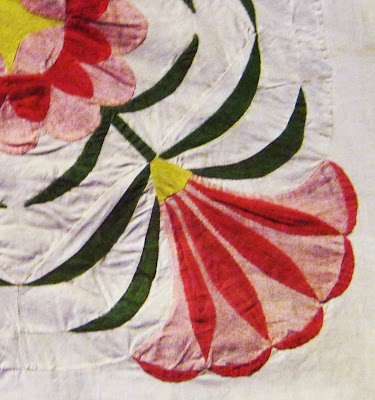 Is that pieced?
The photos were large enough to see the construction method. 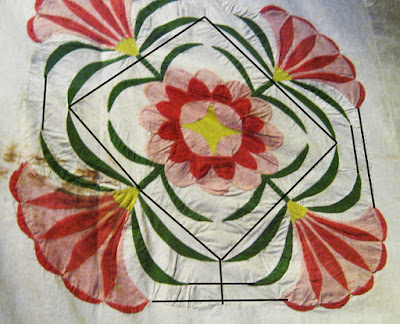 I put black lines where the seams are.
The central block is probably pieced and so are the cockscombs in the corners.

I have a pictorial file of similar patterns.
There aren't many. 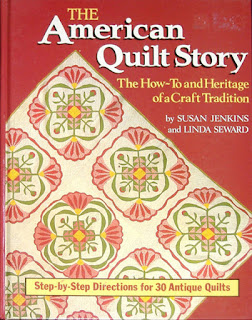 Susan Jenkins & Linda Seward put one
on the cover of their American Quilt Story.
It must be from their collection. They didn't know much about it except that it was cover-worthy 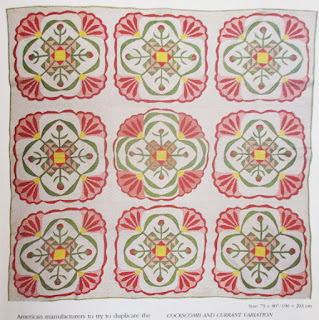 A nine-block.
In the book you can see that it is probably pieced too. 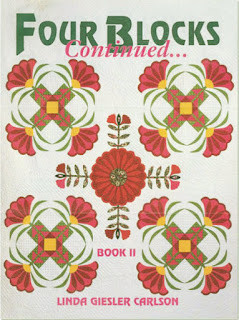 Her Four Blocks Continued book shows her
version of the design. 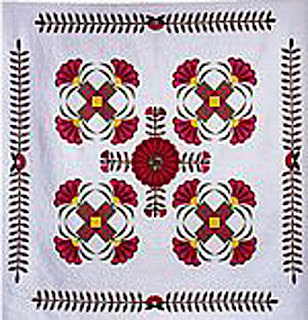 She calls it Crossed Coxcomb, and has said that the original inspiration is in the Audrain County Historical Society collection in Missouri. 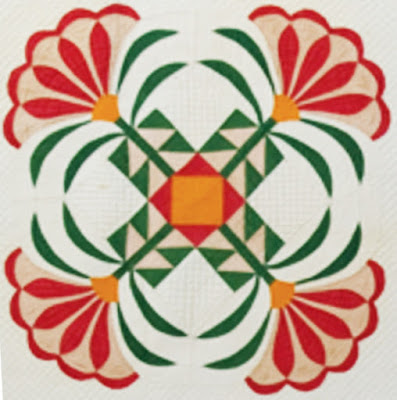 The International Quilt Study Center & Museum
also owns one.
I believe it's pieced too. You can see the seam around the center block and seams connecting the leaves. 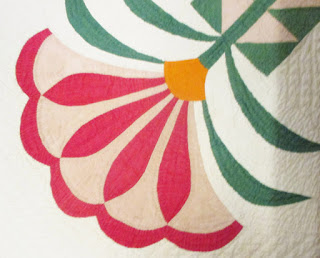 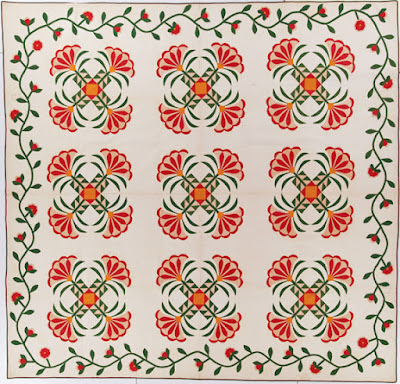 This gorgeous example is date-inscribed 1858 and signed Mary Hart.
It's from the James Collection and attributed to Clark County, Kentucky.
#1997.007.0720 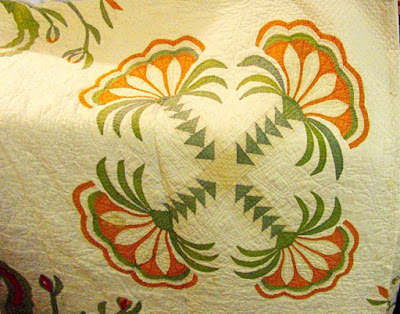 I saw another (perhaps in a sampler quilt) in an online auction about 2 years ago.
The auction was in Tennessee. 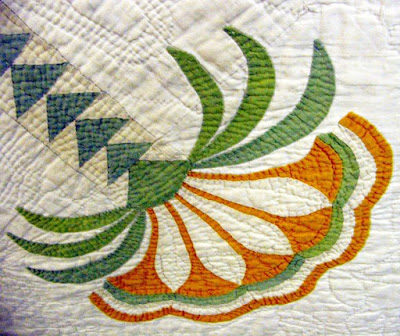 This one might have appliqued cockscombs around a pieced square.
The leaves cross the seam line of that square. 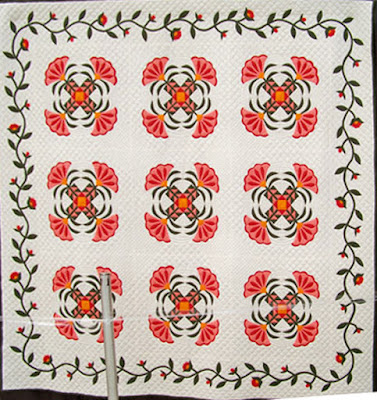 I found a reproduction of the IQSCM quilt floating
around on the internet. By the clear tape I am guessing
it was shown at Houston. Anyone know who did this? 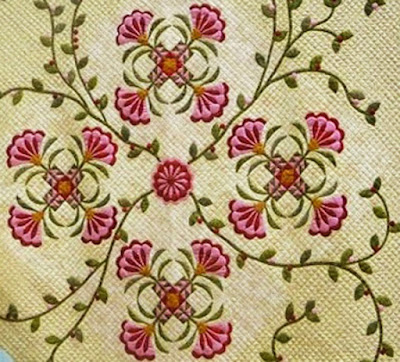 Another take on it from Karen.
An impressive feat. 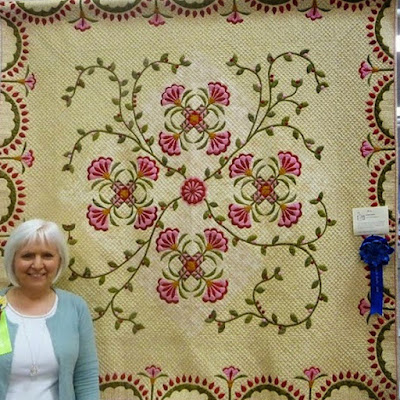 You might be inspired to do it show-off-piecing style. Here are three posts on pieced patterns that look appliqued.

Like many other show-off-pieced appliques the antiques may be Tennessee/Kentucky regional patterns.