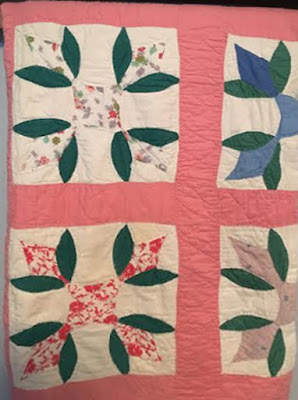 Irene asked for a pattern name for a family quilt
made in Bollinger County, Missouri. 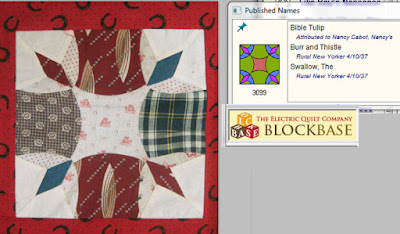 There are many variations of this pieced design., although it's a little hard
to recognize with this shading. 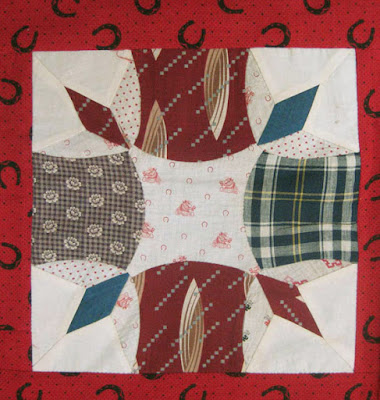 This top with familiar horse prints and horse shoes looks to date from about 1900.

The pattern is close to BlockBase #3099, which was published in the Rural New Yorker magazine in 1937 with two names:


Nancy Cabot called it Bible Tulip about the same time . 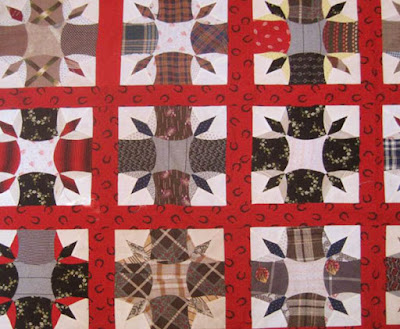 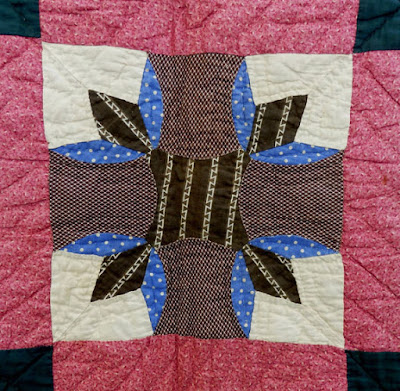 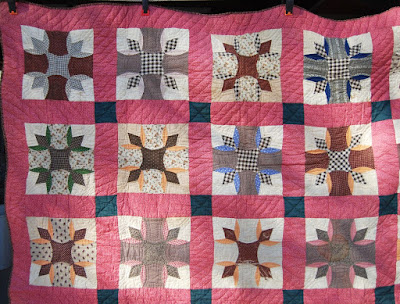 These are all pieced but related to the appliqued Turkey Tracks or Wandering Foot. 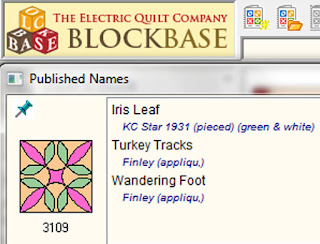 This version with long toes was pictured as applique in Ruth Finley's 1929 book. 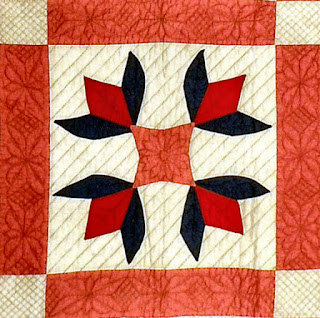 So most of us would call these Wandering Foot or Turkey Tracks. 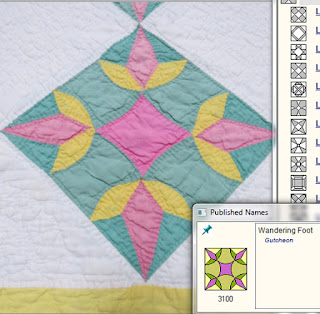 There are so many possible tweaks to the feet - or the tulips...
And to the center squeezed square that it's tough to pinpoint a BlockBase number. 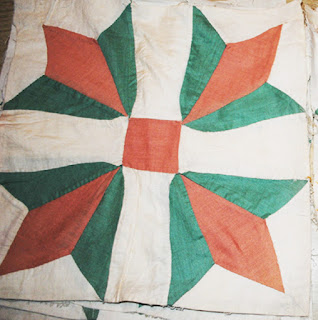 Here's a square center square.
It's also difficult to pinpoint a source.
I've only got this one photo with an actual square. 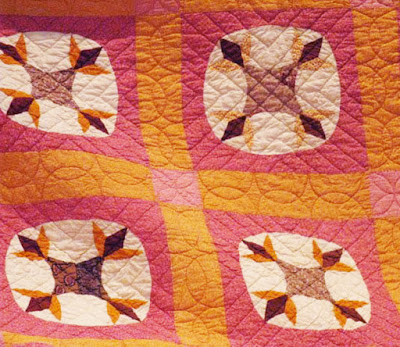 Lenna DeMarco owns this late 19th century version pieced
into a circle (a circle of sorts). The only one I've seen. 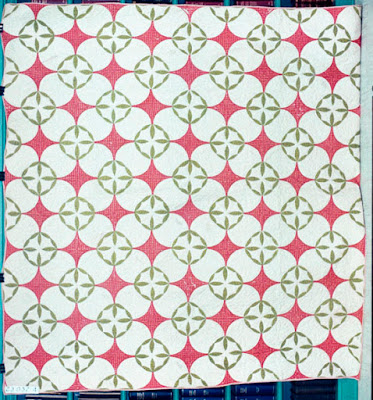 Another unusual pieced example, Block on point.
From the New Jersey Project & the Quilt Index.

Irene's grandmother may very well have used a Kansas City Star pattern published in 1947. Her quilt looks like it dates from about that decade or the 1950s. 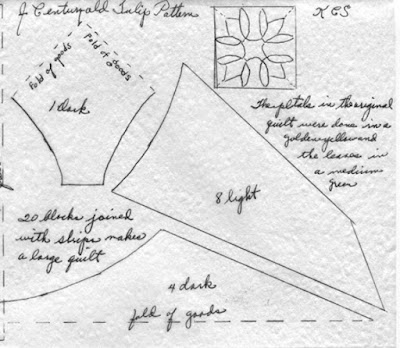 Before photocopying pattern collectors used to trace patterns and trade.
From the Quilt Index.

BlockBase #3103
One of many similar pieced designs. 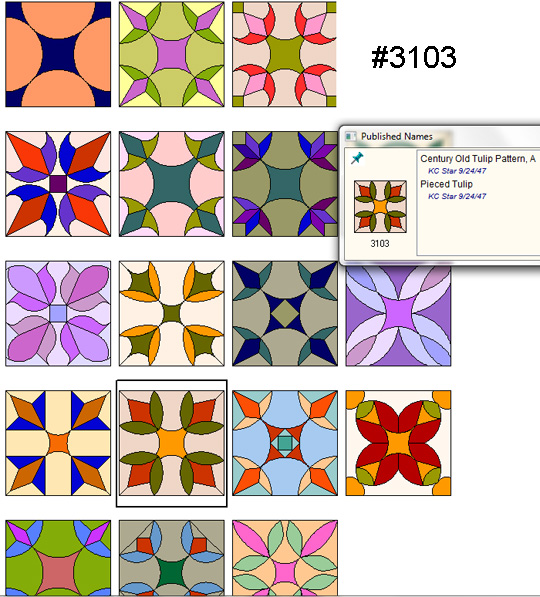 I would imagine that Irene's Grandmother in southern Missouri found inspiration in the Kansas City Star or it's sister publication the Weekly Star Farmer.
If you are inspired to piece one of these tulips remember that BlockBase will print the pattern any size you like. 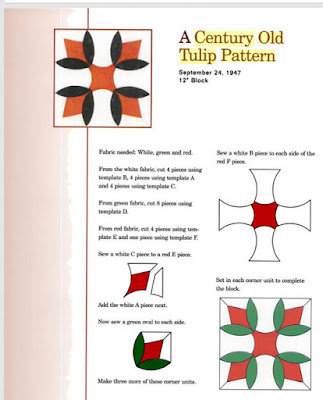 Or look at this link where you can preview Edie McGinnis's book Sister Blocks and see a pattern.

https://books.google.com/books?id=RggaA0y8t4cC&pg=PA4&lpg=PA4&dq=century+old+tulip+pattern+kansas+city&source=bl&ots=aTaV8v8rAq&sig=zSL-AG-whoC9JA7lq-TG1OtFbqU&hl=en&sa=X&ved=0ahUKEwje4vCM093SAhVM2SYKHRbOBIgQ6AEIOzAK#v=onepage&q=century%20old%20tulip%20pattern%20kansas%20city&f=false
Posted by Barbara Brackman at 6:00 AM