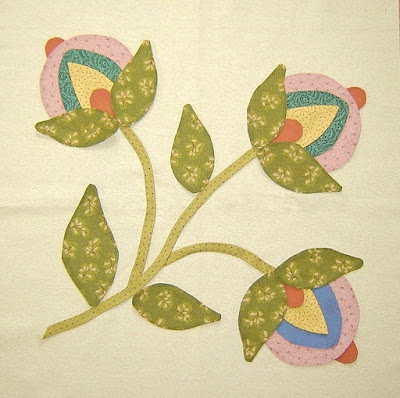 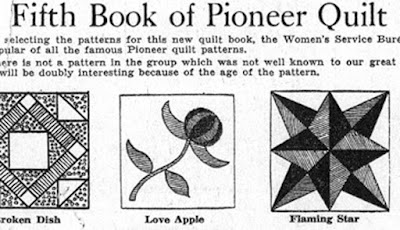 This side view of a fruit was one of the very popular album quilt designs, whether single or triple. 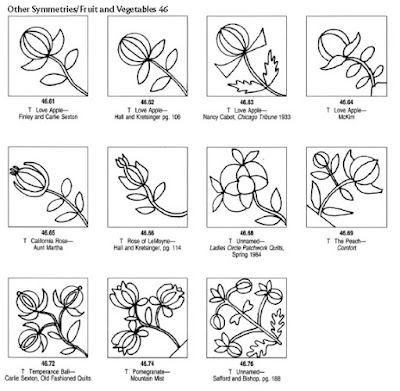 Variations are numbered 46 in my Encyclopedia of Applique

The design for the Hospital Sketches BOM is most like #46.72, which Carlie Sexton named Temperance Ball in the magazine Successful Farming in 1923.

Why Temperance Ball?
Probably an echo of a 19th-century hymn to alcoholic abstinence,
which references the popular idea of rolling a ball through the
streets as a political demonstration. 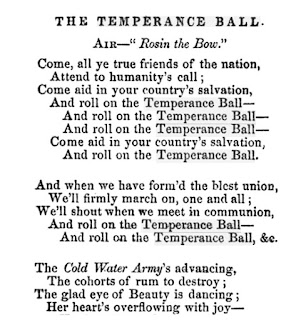 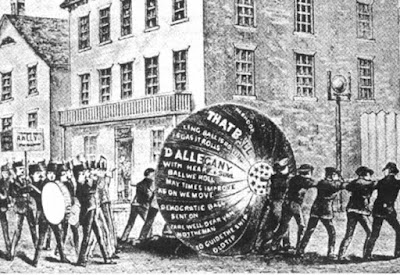 Keeping the ball rolling for the Whigs in 1840 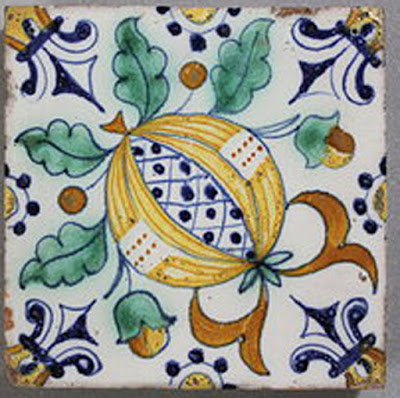 The imagery and the symbolism is far older than the mid-19th-century quilt design. The tile shows the traditional view of a pomegranate, slit to show the seeds, a symbol of fertility for centuries. Hence, the name Love Apple. 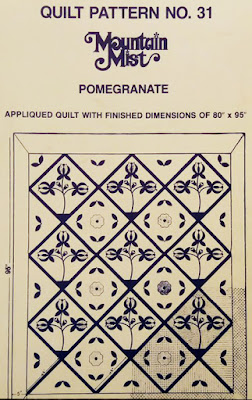 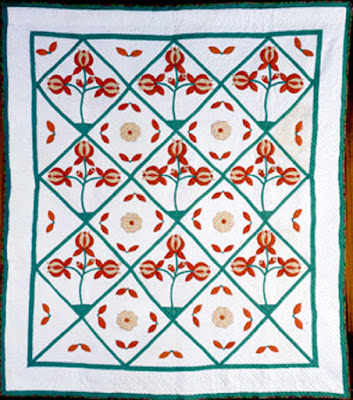 The Wade Hall collection at the University of Kentucky
has a quilt made from that pattern. 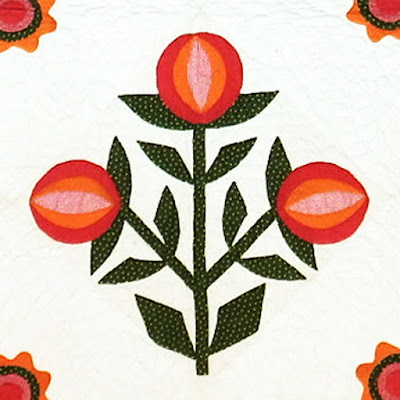 The block is one of the 19th-century patterns with many
variations. Stitchers fit in what they could and what they liked. 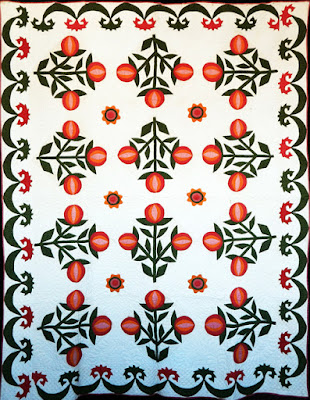 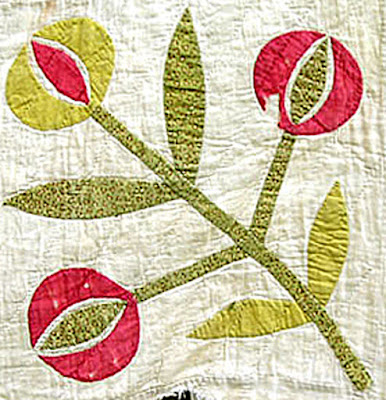 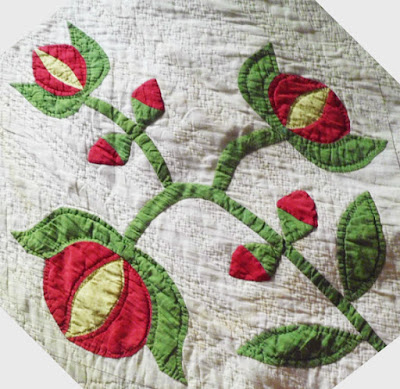 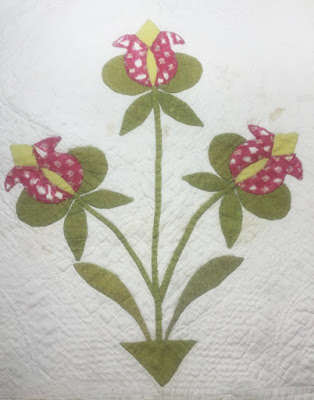 Until it became another pattern---fruit or flower?

Triple or single? Both were fashionable. 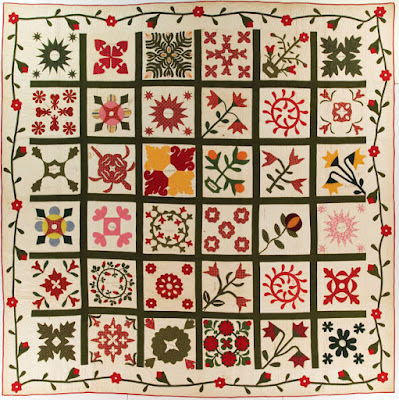 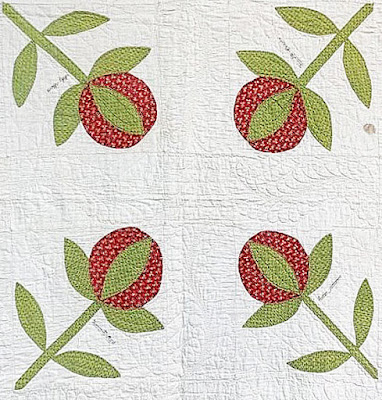 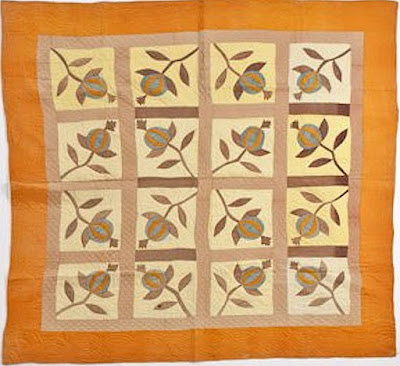 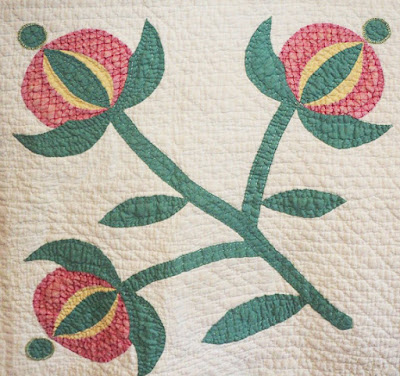 Dots always good.
This may have been made from the Carlie Sexton design above.

See the pattern for the Love Apple block in Hospital Sketches here:
https://civilwarquilts.blogspot.com/2019/03/hospital-sketches-3-love-apple-white.html