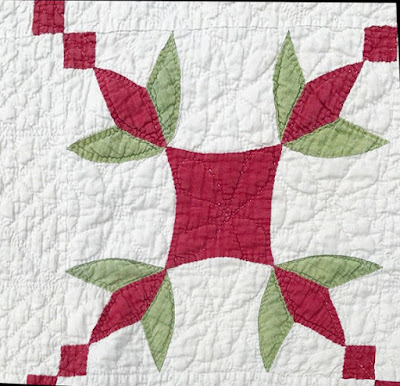 I've been looking at the many photos in the files that we would call Turkey Tracks and I noticed this variation... 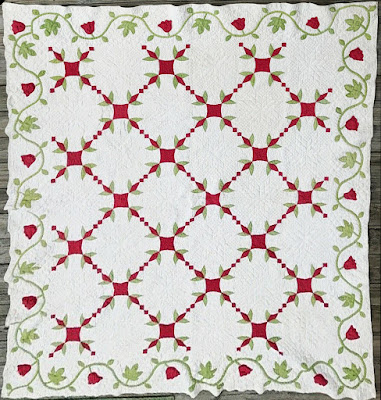 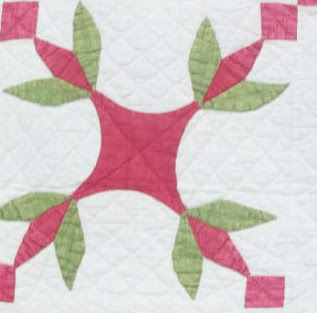 Different quilt, same pattern
Not quite so fancy. 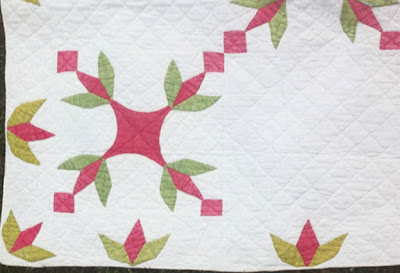 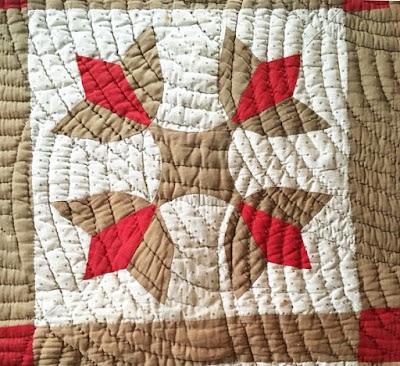 The pieced pattern in many variations was popular. Here's a quilt that
looks to be 1870-1910 Southern what with the fugitive solid fabrics, the thick batt
and the fan quilting. But no corner square.
See a post on other Turkey Tracks here:
https://encyclopediaquiltpatterns.blogspot.com/2017/04/tulip-or-turkey.html 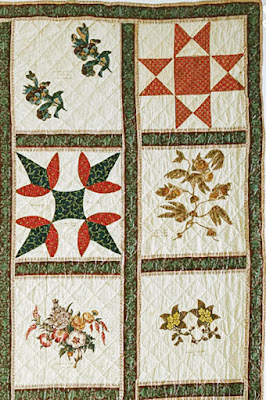 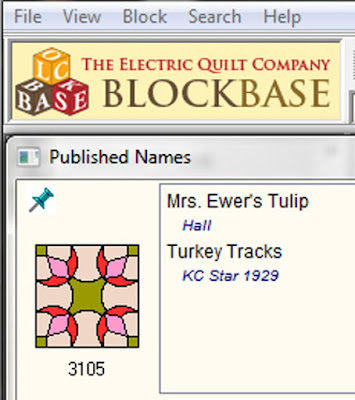 Turkey Tracks blocks are common but this one with a square pieced into the corner is rather unusual. It's BlockBase #3105, published in the Kansas City Star in 1929 as Turkey Tracks and by Carrie Hall in 1935 as Mrs. Ewer's Tulip. 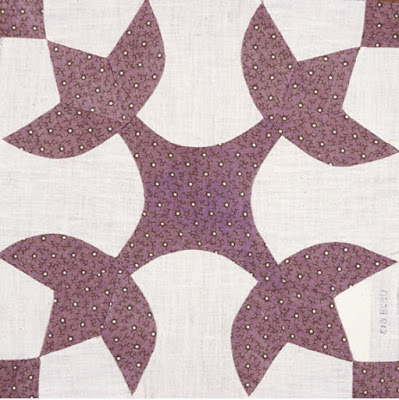 
Carrie Hall stitched many of the 800+ blocks in her collection at the Spencer Museum of Art, but Mrs. A.B. Ewer probably gave this vintage block to Carrie. I looked for Mrs. Ewer in Leavenworth, Kansas where Carrie lived but the only A.B. Ewer I found was in Sheboygan County, Wisconsin. Carrie was born in Wisconsin, so Susan Girard Ewer may indeed be the woman who made the block. 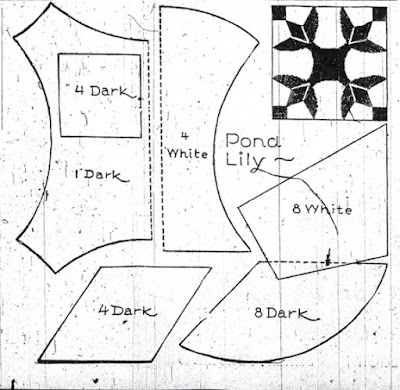 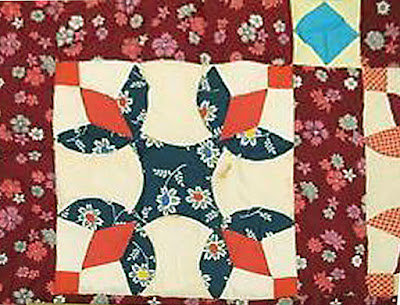 Top from 1960-1980 maybe from an online auction. Sashed.
She may have been inspired by Carrie Hall's block.

You can see the BlockBase drawing is not a great reproduction of the Ewer block. I modified it here by exporting the drawing to Electric Quilt and changing a few lines. I wanted it to look like the 19th-century versions. 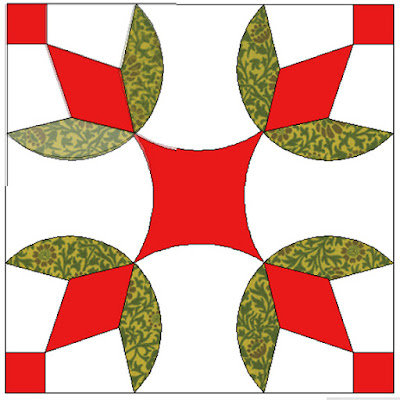 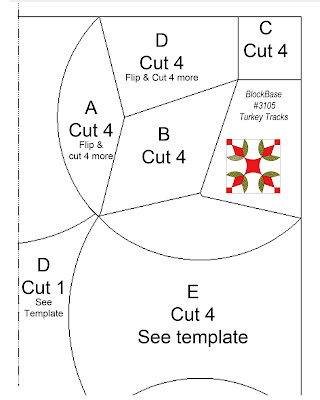 This pattern is for a 15" finished block.
Print these out on 8-1/2" x 11" sheets of paper. That top line should measure 7-1/2"
Add seams to the pieces above. The templates below have the
seams already there. 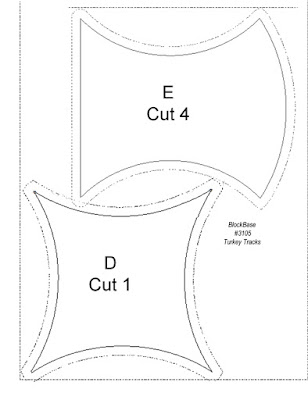 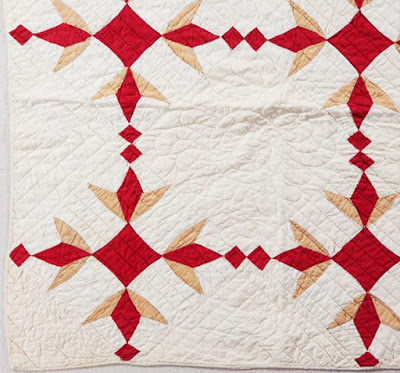 About 1875-1910, from a Jeffrey Evans Auction
Block on point, alternate plain blocks. 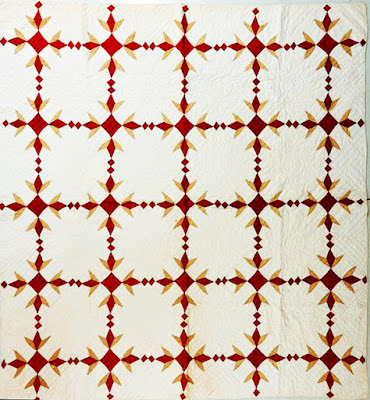 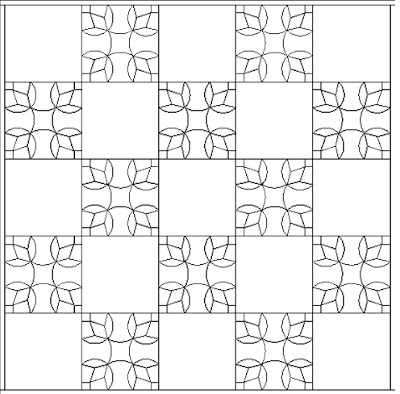 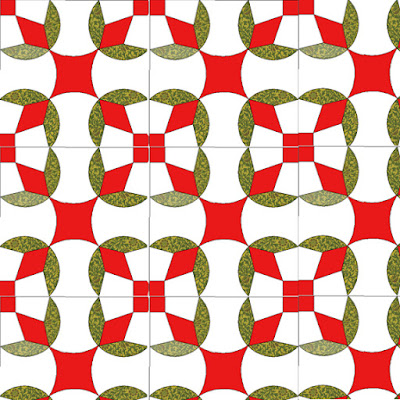 If you set them all over you get a whole different look.
Turkey Tetrazini?