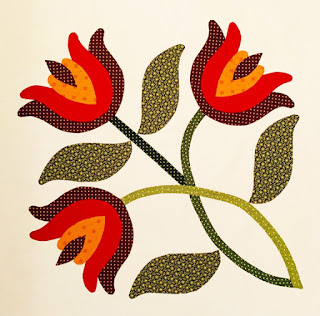 Block #8 in our Hospital Sketches BOM is a triple tulip. See the
post here:
https://civilwarquilts.blogspot.com/2019/08/hospital-sketches-8-triple-tulips-state.html 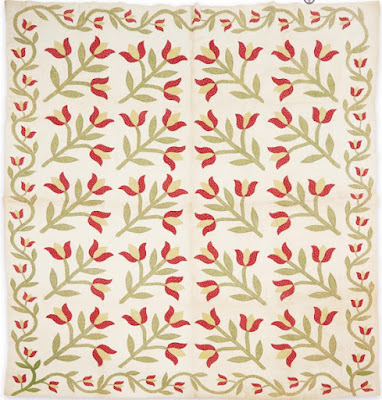 We call them tulips and I imagine they did too
although lily is another option.

Mrs. J.B. Bruce of Dover, New Hampshire got attention for her
"tulip quilt" quilted with 1450 hearts. 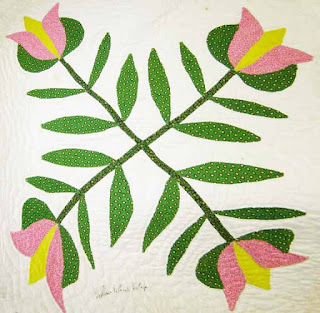 Esther Matthews called her version "Yellow Pink Tulip"
in the inscription on her Shenandoah Album in the collection
of the Virginia Quilt Museum. 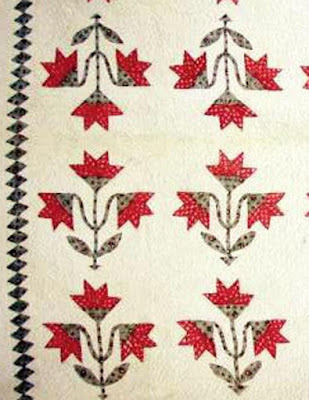 The format probably grew out of this common combination
of piecing and applique, this one dated 1841. 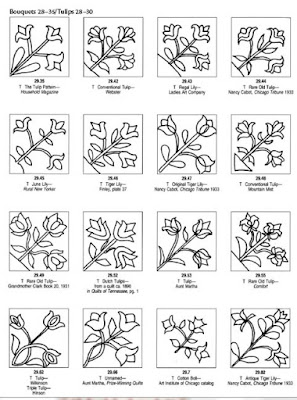 My Encyclopedia of Applique has 3 or 4 pages
of similar triple floral designs. 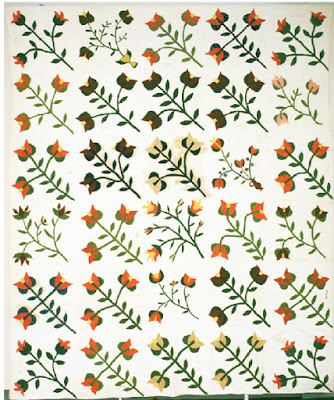 Here's a sampler of variations dated 1851 from Augusta County, Virginia 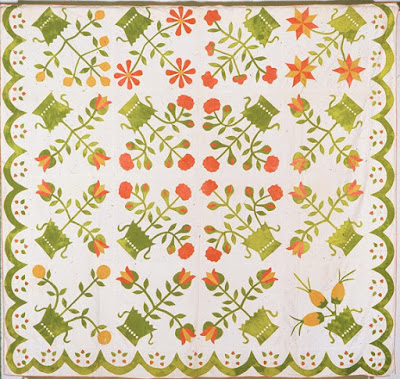 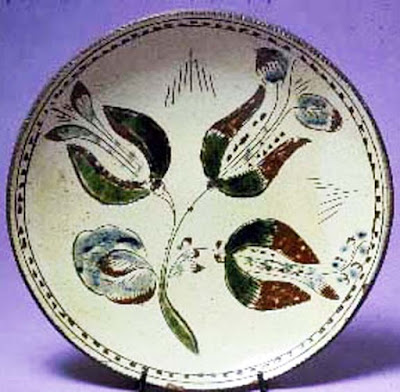 The iconography is easy to trace to German and Pennsylvania German
traditional arts. 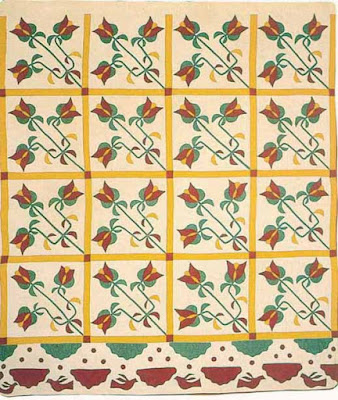 A single odd but charming border. 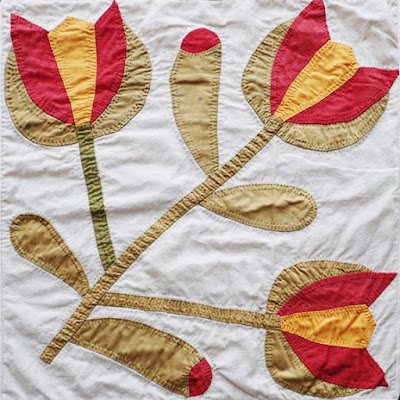 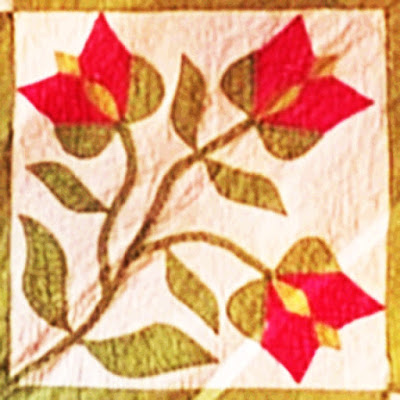 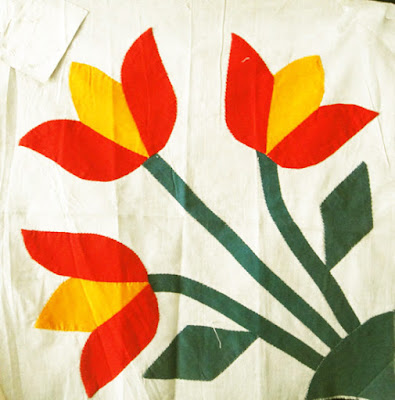