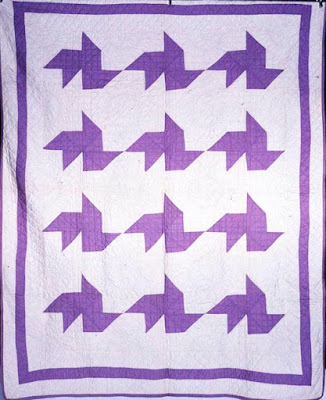 A strangely asymmetrical pattern. It's a four patch with the blocks set on point. 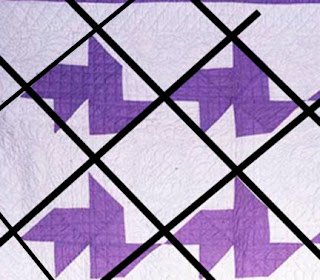 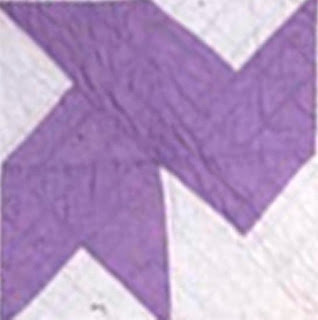 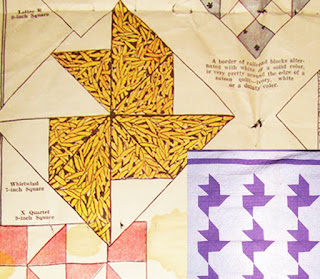 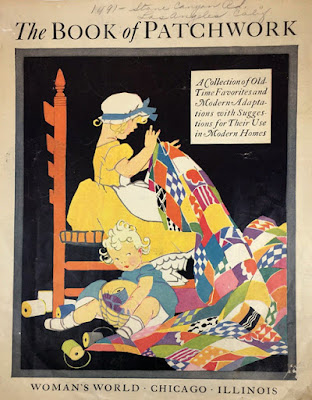 Whirlwind was published in Woman's World 1930
Book of Patchwork

It's not in BlockBase, probably because I didn't know where to put it. But it's a four patch. 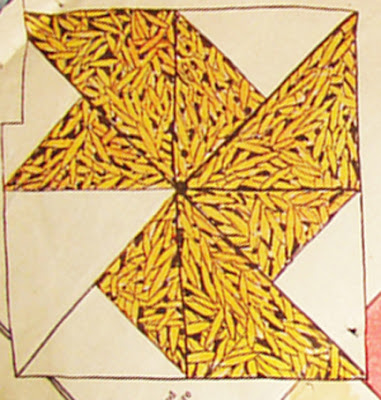 Seams indicate it's just a color variation of  BlockBase #1266 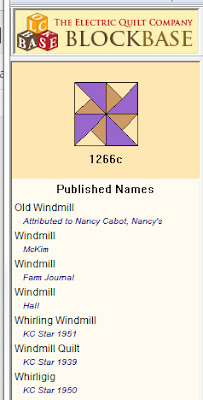 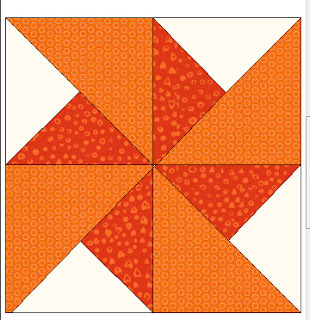 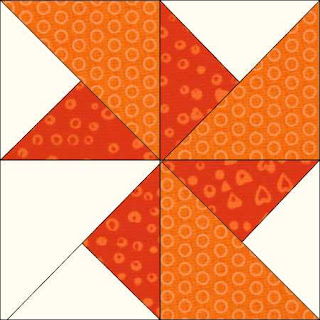 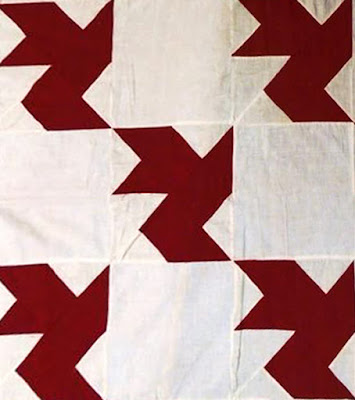 Jessica Smith Vaughn posted a top in Turkey red and white for a Facebook group. We puzzled over the pattern. Anita Grossman Solomon thought it might be a confused "Twin Sisters." She's right about the confusion---but not on the quiltmaker's part. She followed the pattern.

Now I see that the magazine artist left out one colored triangle in the lower left in the pattern picture. 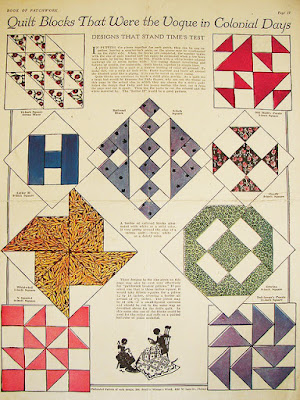 And sure enough, you can find editions of Woman's World
with the correct shading.

So as a coloring variation Mossie's block should be number 1266f.

The unusual shading in the printing error must have appealed to a few quilters like Mossie looking for something different.