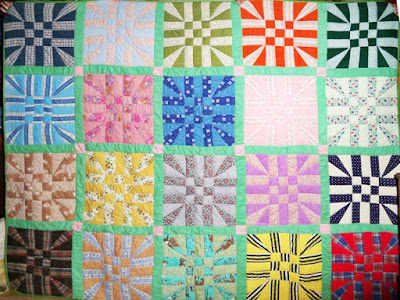 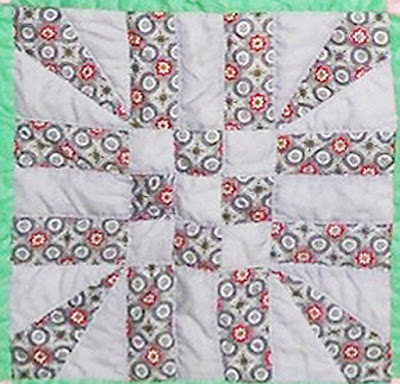 Equal nine patch in a nine patch. The corners have a spiky point. 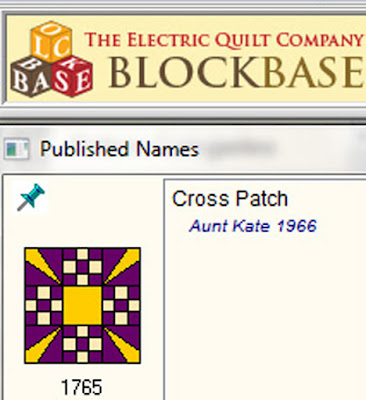 Here's the closest thing in BlockBase: #1765 from
a little quilt magazine in the 1960s. 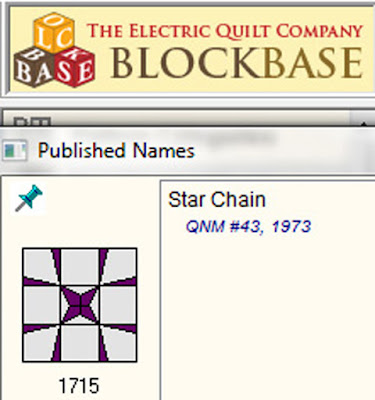 There aren't a lot of nine patches with these shapes in the corners. 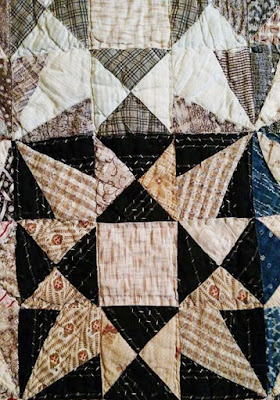 About 1880 from Roberta Levin's collection 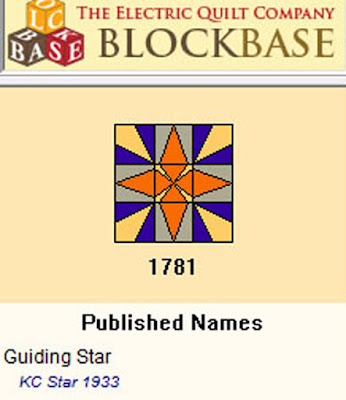 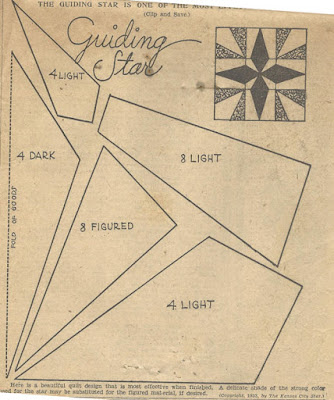 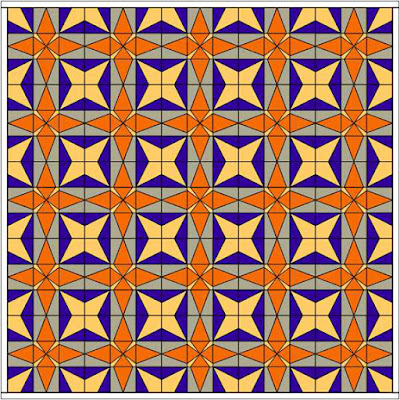 Guiding Star set all over in EQ8
5x5 set

But there probably should be more because the point makes interesting secondary patterns. The KC Star's Guiding Star has too many seams meeting in the center square for me. 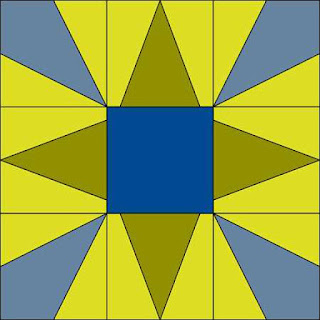 You could just make that center square one piece and it would work fine
as an all over set. 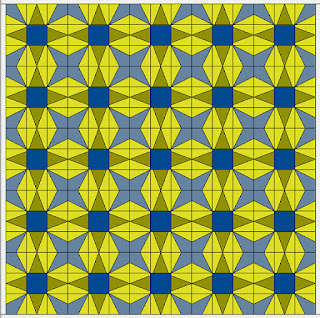 So going back to the unknown block at the top of the page.
Drawn in EQ 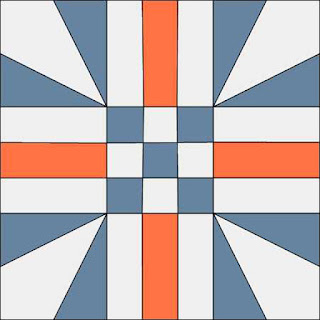 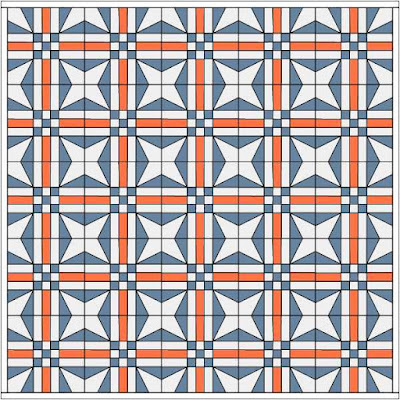 It would be easier to do as a star with a triple sashing.
But it does make an interesting stars and stripes quilt.