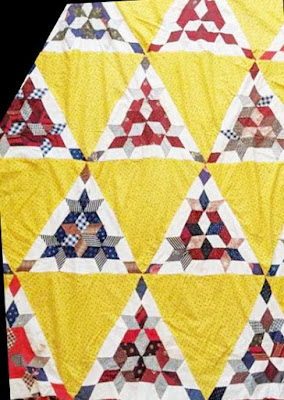 Rebecca posted this picture of a triangular quilt block at the Quilts Vintage & Antique Facebook page of a quilt she missed in an online auction. What's the pattern name?

Debby: Well, Julie. It's actually Four Sisters (joke). The center star is composed of parts of the 3 surrounding stars. Looks like they cannibalized that poor girl in the center so they could all have 6 points

Me: Perhaps one estranged. 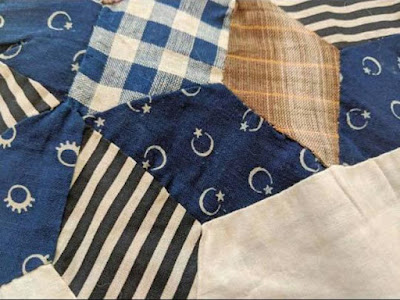 We entertained ourselves with this for a while but couldn't find a name or even another quilt in the exact pattern. The yellow quilt was advertised as circa 1910 and we agreed with that.

Very few triangular patterns were published. Here's the total of ten in BlockBase. The problem is triangles don't fit well into a square format as you can see. 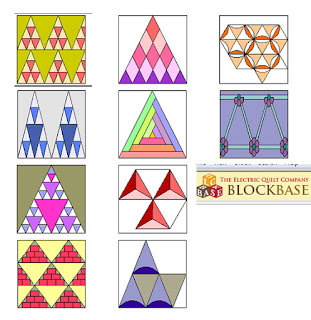 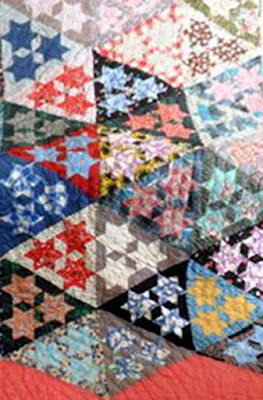 Here's the closest photo I had and it's pretty close. Looks mid-20th century, maybe 1960s.
Doesn't have the diamond shape in the top. 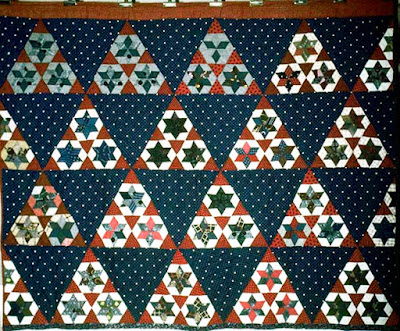 By Mollie Idela Oliver of Mount Herman, Kentucky from the West Virginia Project. Mollie's is similar but doesn't have quite the same structure.
http://www.quiltindex.org/fulldisplay.php?kid=50-8A-B8E 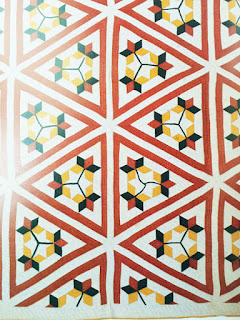 And a relative with applique, also from Kentucky, seen at a show there. 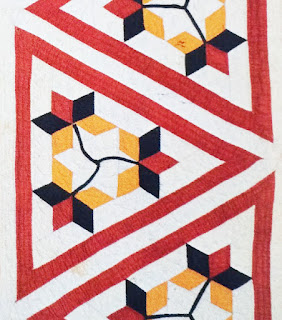 This one with the applique center is quite close to Rebecca's mystery.

Trying to figure out the pattern in BlockBase and EQ8 is
my idea of a good time. 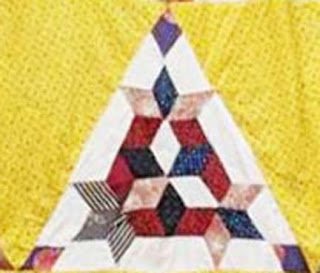 This is the original mystery 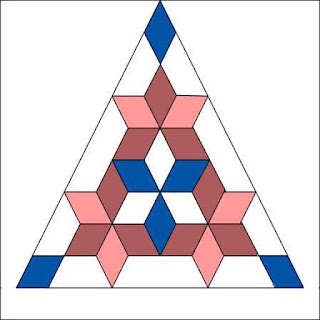 A drawing in EQ

Print this out for an 8" block.
You need three templates, two trapezoids and a diamond.
Choose the best three (some of the lines are a little crooked) and add seams. 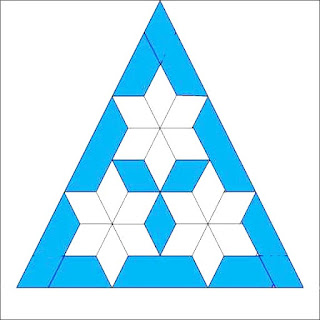 Here's the other shading for the 1960s version.
Same pieces, different arrangement 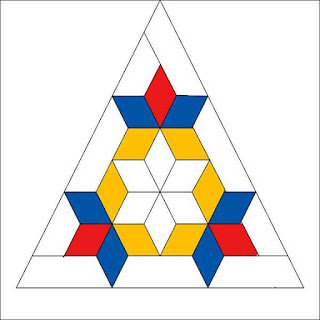 And how the appliqued version is constructed. 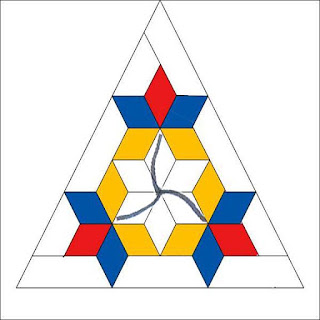 It doesn't have a name. Let's call it Kentucky Sisters.