Mariner's Compass Based on Five 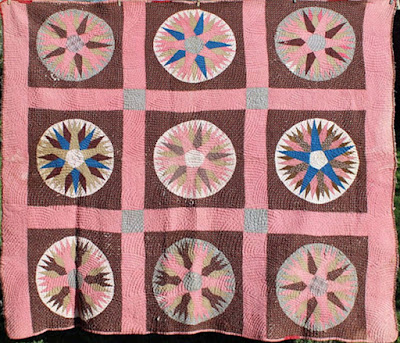 Online auction, attributed to North Carolina
A Mariner's Compass but instead of the usual divisions of 6 or 8
this one is based on 5 with a pentagon in the center. 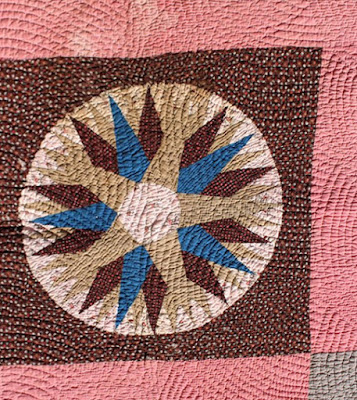 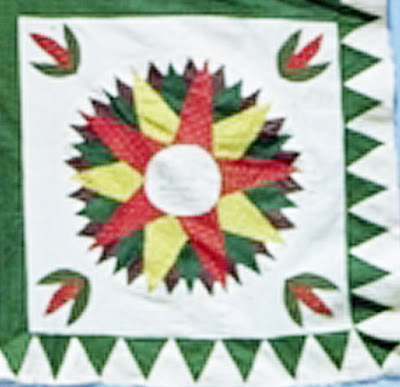 It's an old design. The version above is from a sampler
dated 1844 made for Susan & Henry Underwood of Baltimore.
But I've never found a published pattern.
Which means it's not in BlockBase 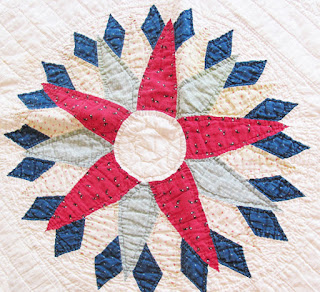 The pattern should be in there and since I am adding unpublished, traditional blocks to the new edition I am giving it a number --- with a circle in the center "#3691 from a quilt dated 1844." 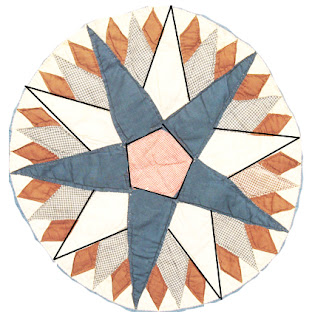 The drafting artists at Electric Quilt will have fun with these. Circumstances have put us way behind schedule on the BlockBase revision, thinking now to get it done next winter. 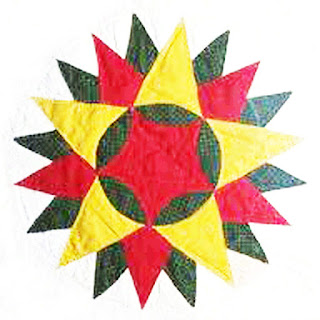 Unusual center #3693.
You could use this 8-inch picture for a pattern of sorts.

The five-pointed compass design seems to have been passed around in the upland South around 1900. 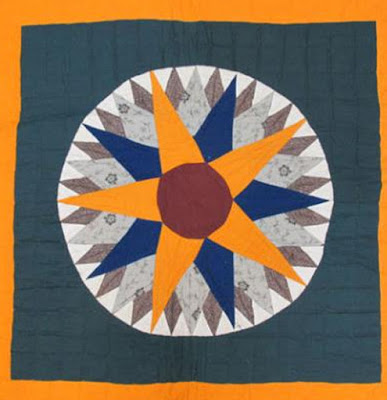 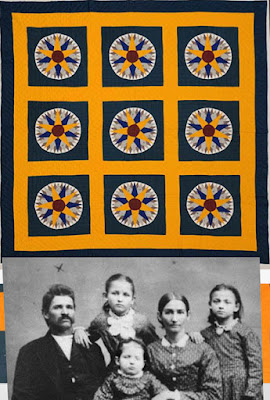 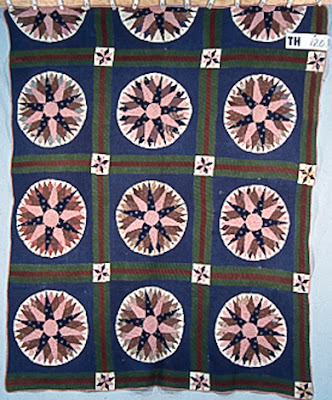 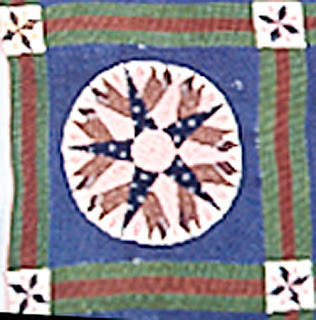 Lightened up a little. Circle in the center. 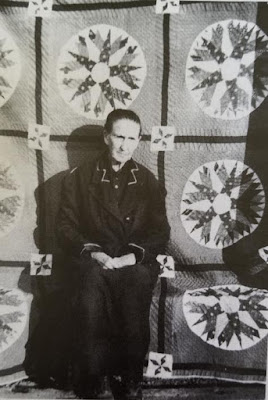 UPDATE: Found a photo of Susan & her quilt at her Find-A-Grave site:
https://www.findagrave.com/memorial/41514397/susan-a-clayton 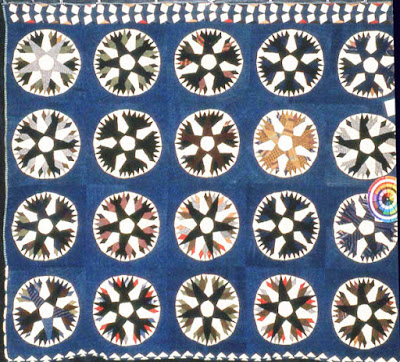 Arizona Project & the Quilt Index.
Made by in Osage County, Missouri although she was a recent
Arkansas immigrant.
Unusual borders. 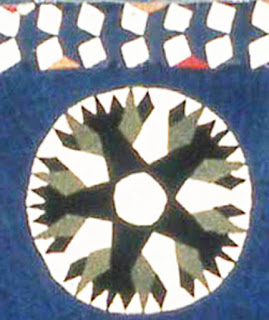 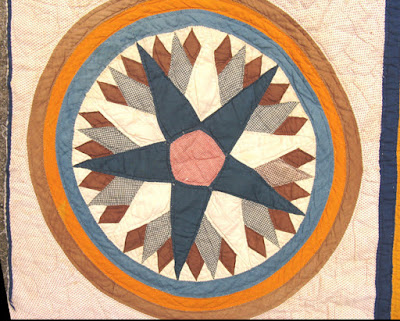 Online auction
These last three look to be about 1880-1930 with
the distinctive solid-color style in block and sashing. 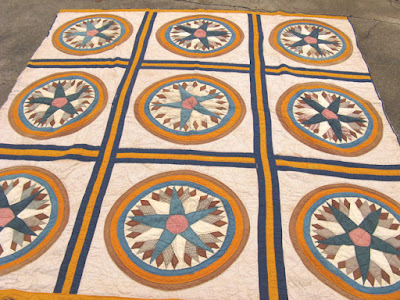 The whole idea fitting into the Southern aesthetic of spiky points and circles. 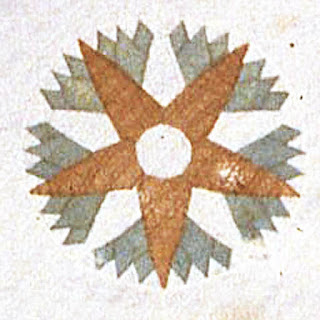 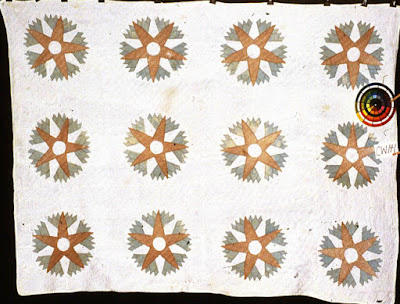 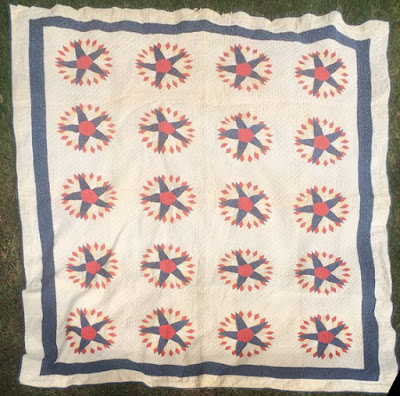 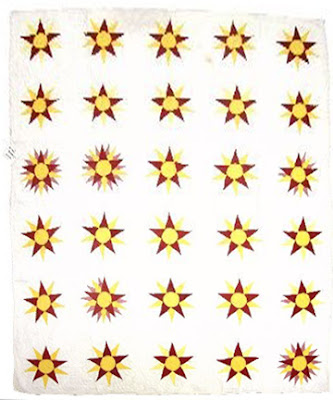 Following her own muse... 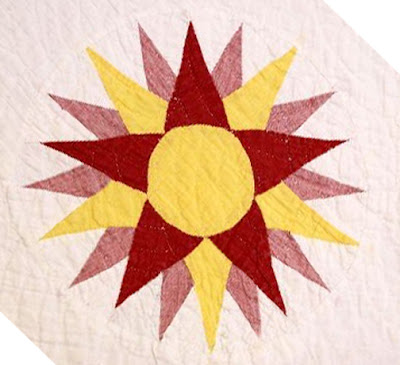 No pattern. I'm waiting for the new BlockBase. 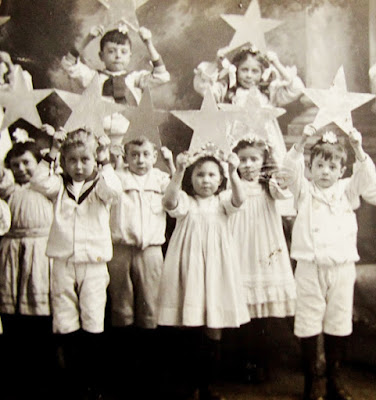