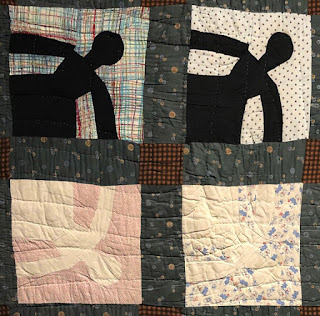 MCKISSICK MUSEUM COLLECTION 2001.11
Poking around in my Southern quilts file I found this pieced woman
that looks to have been made about 1940-1960 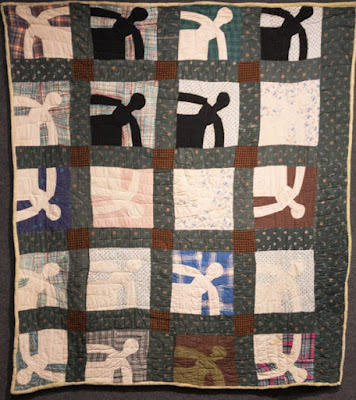 Brown, black and white female figures.
The quilt was displayed in their recent exhibit. 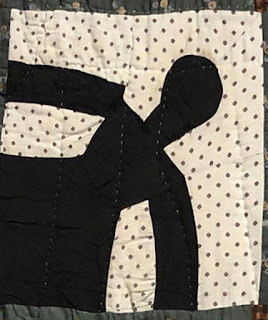 FIGURATIVE APPLIQUE, ORIGINAL PATTERN
MAKER UNKNOWN
SOUTHEAST. CA. 1950
THE BLOCK-STYLE QUILT FEATURES 20 0FF-WHITE, BLACK AND BROWN FEMALE FIGURES WITH OUTSTRETCHED ARMS. IT APPEARS THE MAKER OF THIS QUILT MAY HAVE ADAPTED A PAPER DOLL PATTERN FOR HER ORIGINAL DESIGN. THE FIGURES ON SOME BLOCKS ARE ENTIRELY MACHINE PIECED; OTHER HAVE MACHINE-PIECED BODIES WITH HAND APPLIQUÉD HEADS, SUGGESTING PERHAPS MORE THAN ONE PERSON WORKED ON THE QUILT. IT IS HAND-QUILTED IN A CLAM SHELL PATTERN. (MCKISSICK MUSEUM COLLECTION 2001.11.XX) 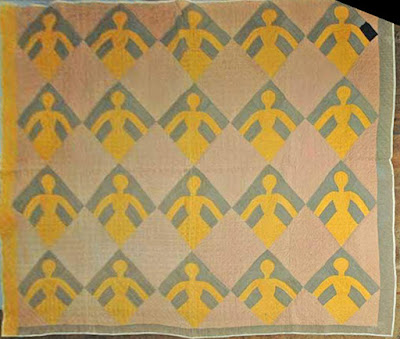 The curators through it might be an original design but there's a similar
pieced block in a quilt at the North Carolina Museum of History. 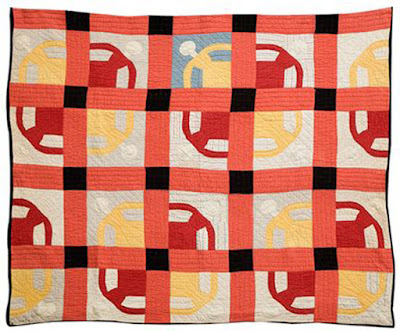 20th century? From the Just Folk Gallery inventory.
Most of the blues have faded leaving her white face (no hair or hat)
to fade into the background.
Although the design may not have been published when these quilts were made
it looks to have been handed around.

And if it looks familiar.... 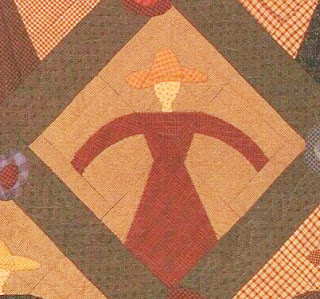 The very influential Linda Brannock used a version
in her "primitive" patterns around the year 2000. 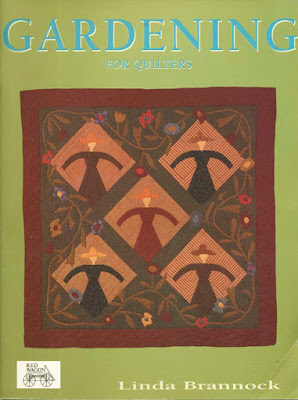