Bouquet in a Fan & Relatives 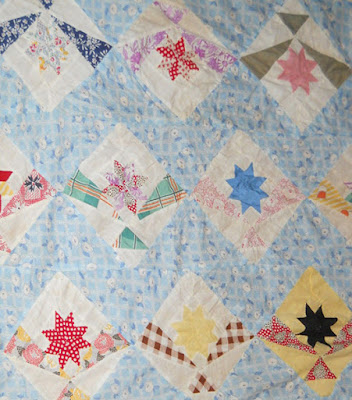 An odd quilt but familiar to fans of Kansas City Star designs. 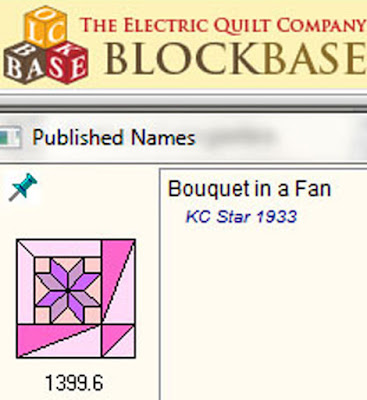 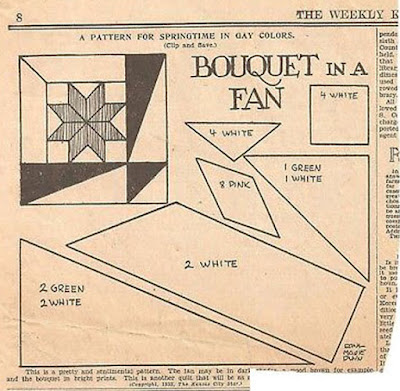 Dunn did most of the Star patterns in the mid-20th century but she did not
sign many. This might have been one of her original designs. 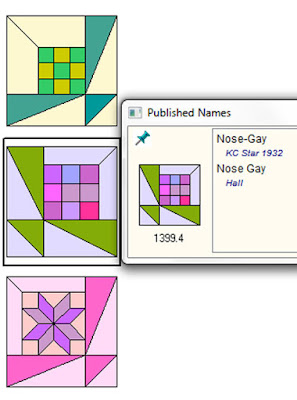 A year earlier the Star had published Nosegay with a nine patch. 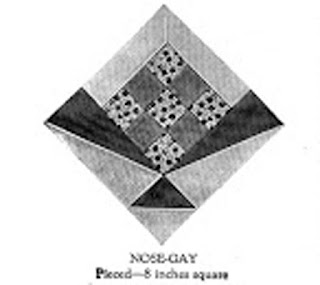 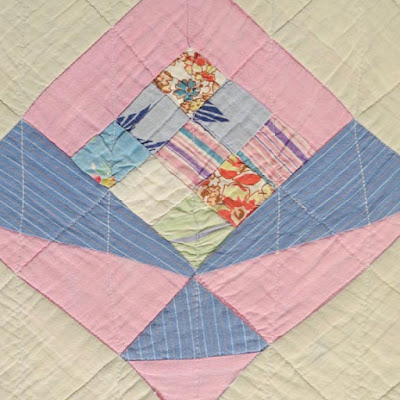 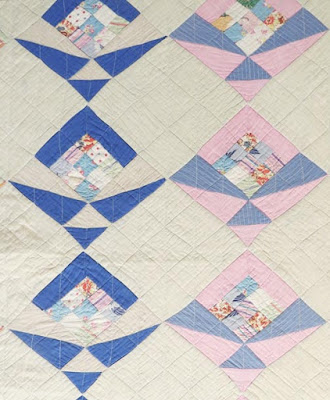 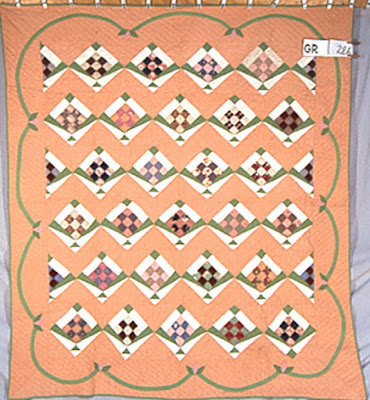 From the Indiana project & the Quilt Index
http://www.quiltindex.org/fulldisplay.php?kid=68-104-8C7

Twenty-year old Olive Weber Spiegel of Sumiria, Indiana worked with her parents on this quilt in 1938; her father John Weber helped with the design and her mother Lillian Weber quilted it.

The problem may be the basic pattern---whether there's a star or a ninepatch in the center---It just isn't that graceful. 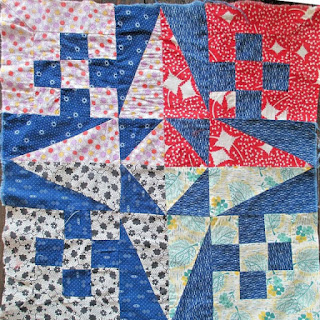 Unless you set in groups of four.

A variation offered by Nancy Cabot
in the Chicago Tribune.