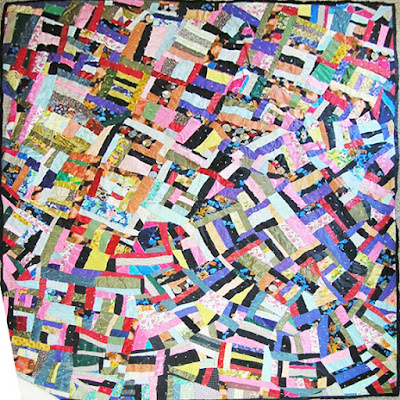 String quilts are often a explosion of color with fabrics placed rather randomly as they come out of the scrap bag. We've been looking at some great examples over at the QuiltHistorySouth Facebook group. 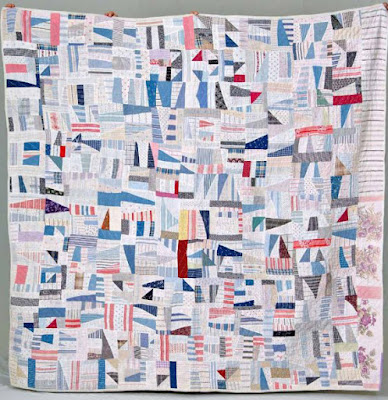 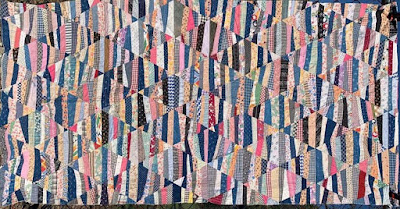 A few follow a different rule---place a consistent color in one strip and you get a more organized effect. 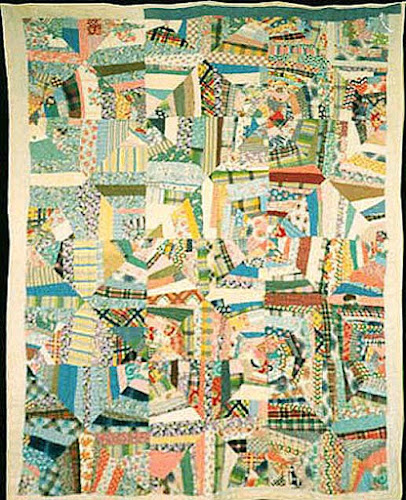 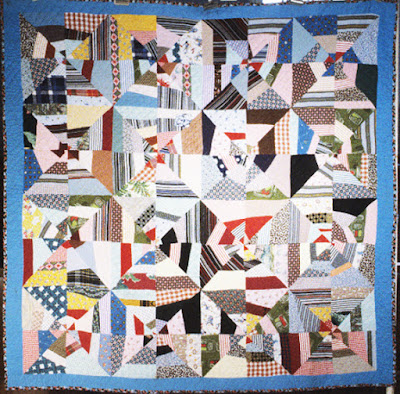 Here's another in a similar pattern by Ruth Eubanks
from the North Carolina project. 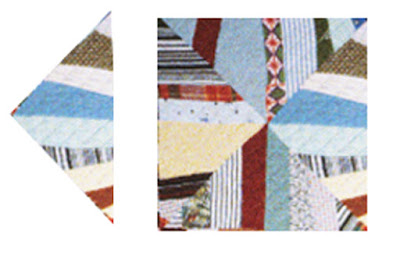 One way to look at Ruth's triangular unit and block.
\ 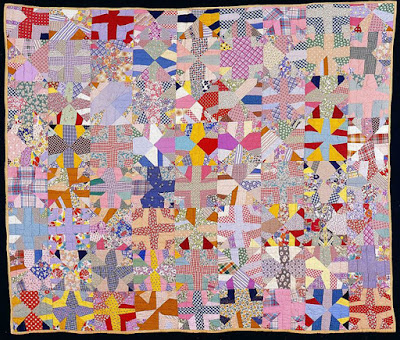 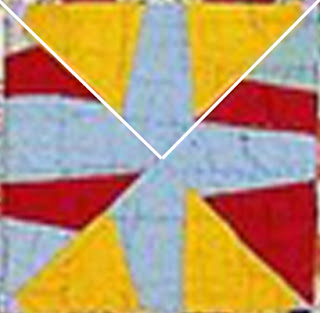 Sally's quilt organizes the view by piecing a consistent
color in the center strip of each triangle. 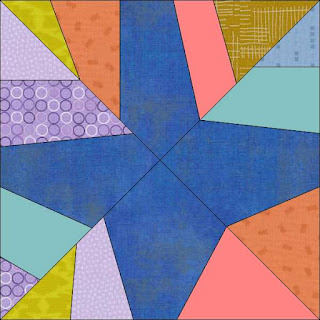 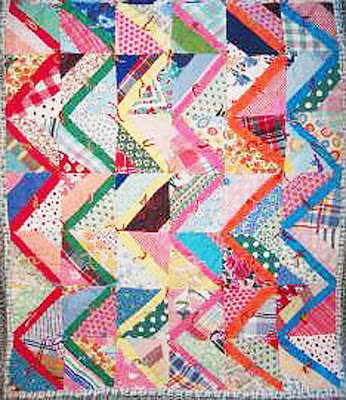 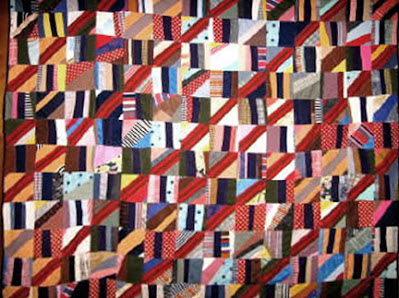 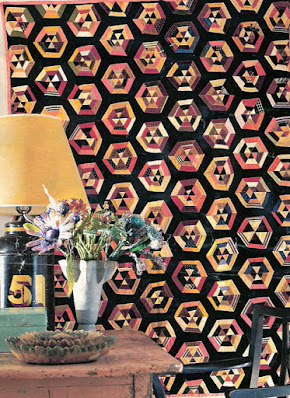 I've been fascinated by this pattern which is just a string pieced diamond
with a consistent black strip in the center. 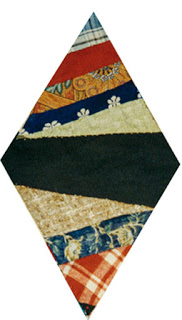 I called it a Victorian Puzzle 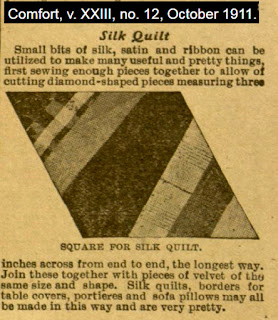 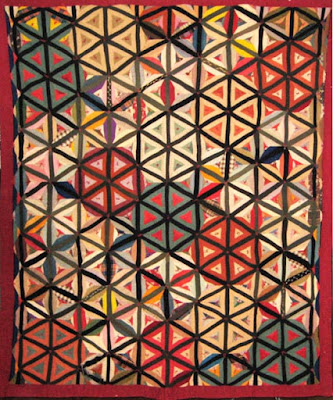 Or make the dark strip go the other way. 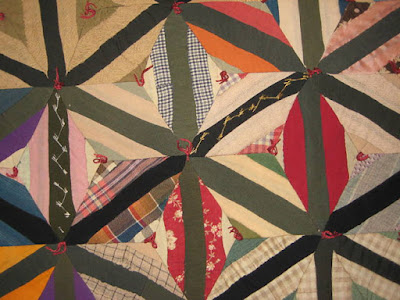 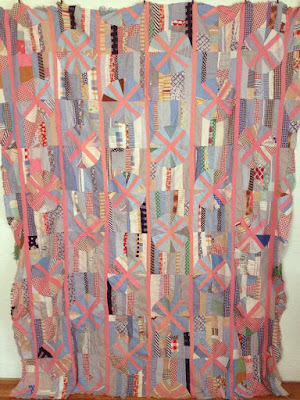 Marjorie Childress Collection
Here's an unusual top, a fan block but rectangular and both fan and background
are pieced. Each fan has a pink strip in the center 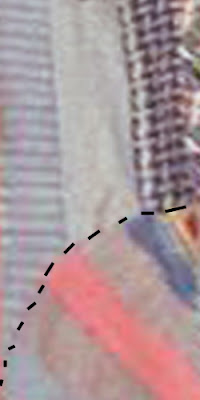 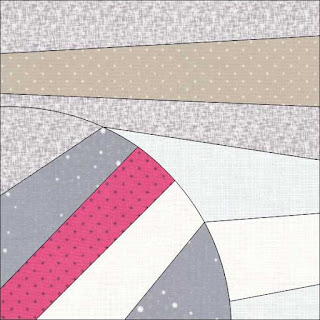 As a square block
Posted by Barbara Brackman at 6:00 AM