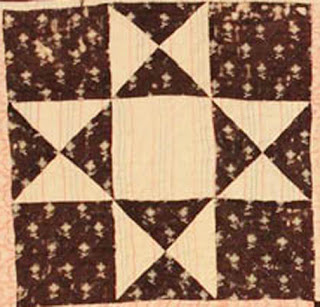 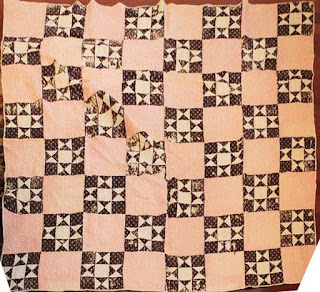 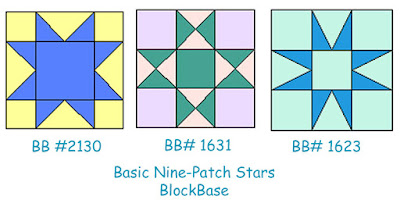 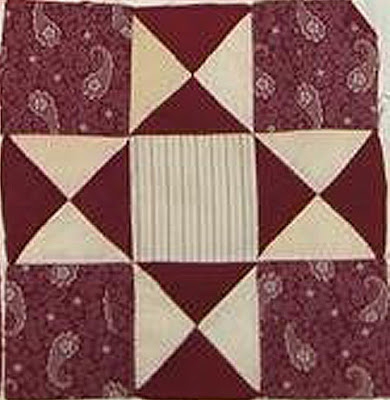 #1631 is based on a nine patch with equal-sized units 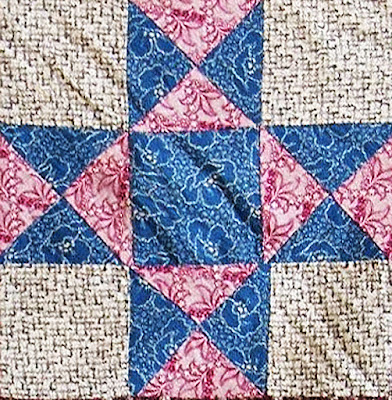 We tend to call it Ohio Star.
It has many published names, which I will get into later. 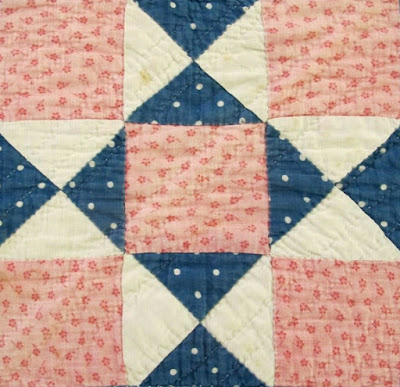 About 1890-1920
The star is based on some pretty basic patchwork designs---- Broken Dishes
triangles and squares. 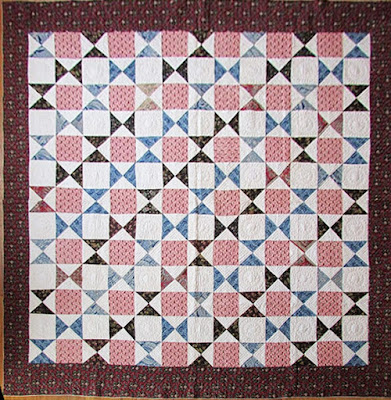 This one looks older, the light blues are a toile. 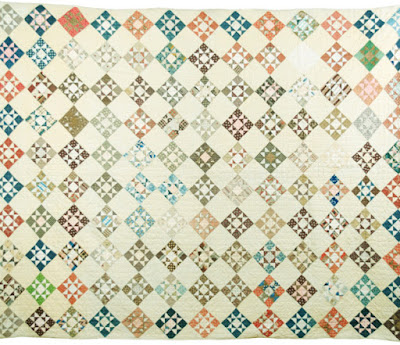 The blocks are often set on point. 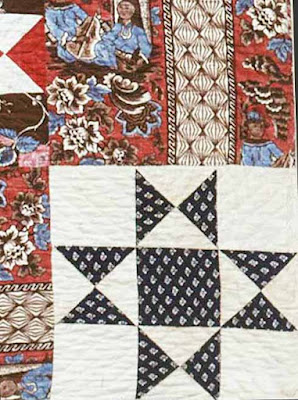 The earliest dated example I have in the files is 1811,
in a medallion format quilt in the collection of the Cincinnati Art Museum.... 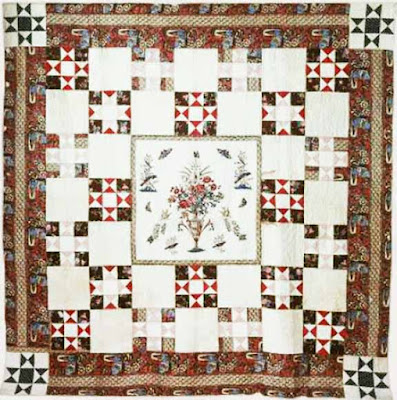 With a John Hewson panel in the center. 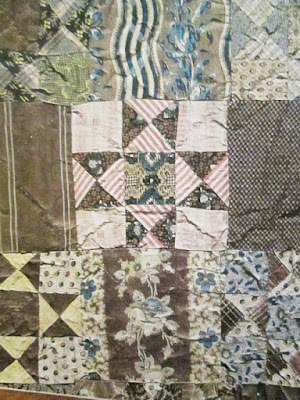 A date consistent with some of these chintz-style quilts. 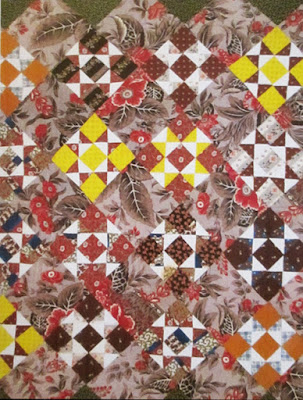 Patricia Smith Collection
Fashion seems to have dictated busy stars alternating with blocks cut from furniture chintzes in the 1820-1840 years. 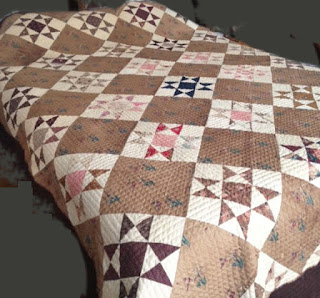 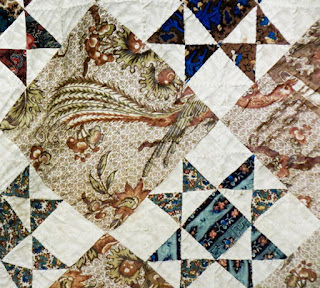 Seen in the New York project, from the Quilt Index

All these chintz-style versions probably 1825-1850 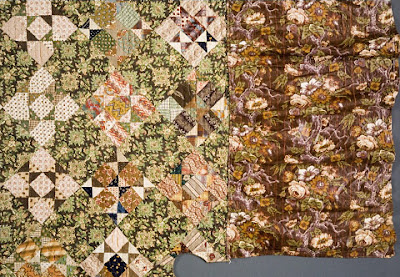 We have this very busy quilt with a flounce in the collection
of the Helen F. Spencer Museum of Art 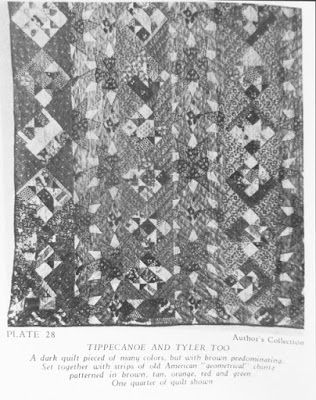 And talk about busy. For years I've been looking at this photo in Ruth Finley's 1929 book of
a quilt she owned, trying to figure out the pattern. Now I see what she meant. The stars are set on point in strips.

"A dark quilt pieced of many colors, but with brown predominating. Set together with strips of old American ''geometrical' chintz pattern in brown, tan, orange, red and green. One quarter of quilt shown."

By geometrical chintz she means the kind of print we call cheater cloth. 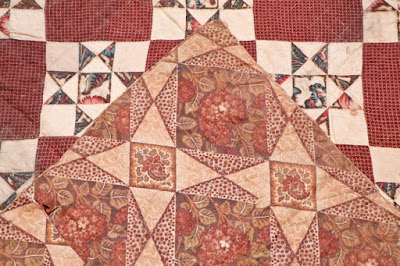 As in the back of this star.

The alternate strips in Finley's quilt

I have not seen this particular piece of  'faux patchwork" before.
Finley's block is #1631. 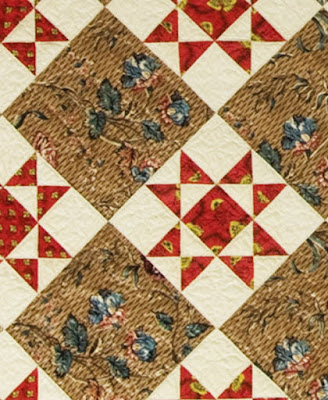 Taste began to change in the 1830s 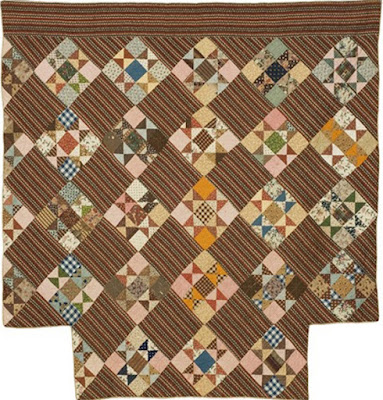 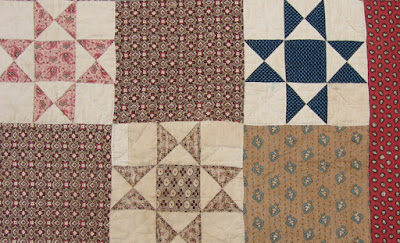 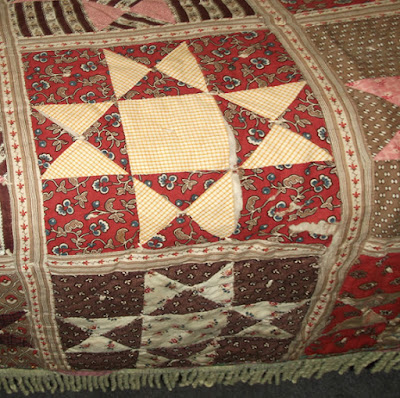 1840-1870
As fabric grew more abundant one could create a color scheme of scraps. 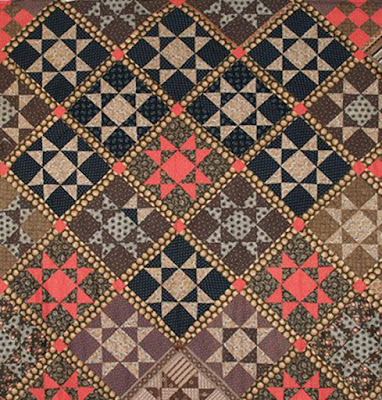 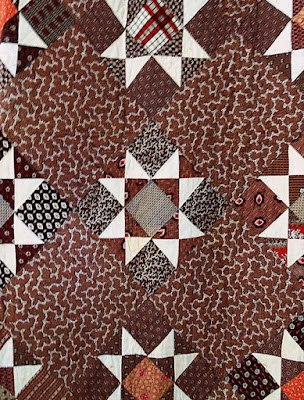 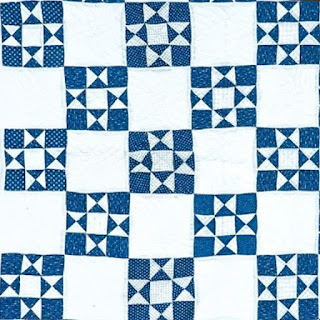 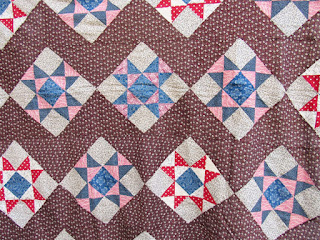 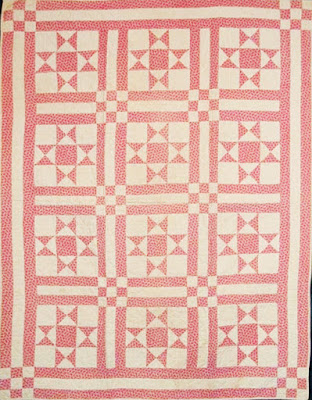 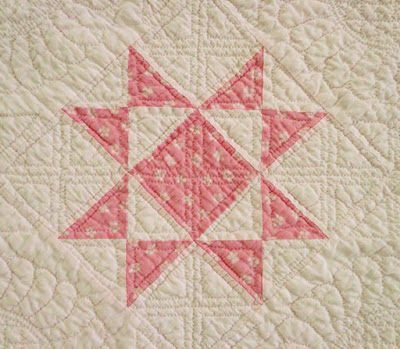 Taste changed again. I have very few photos after 1920.
The print might be a faded red rather than a double pink 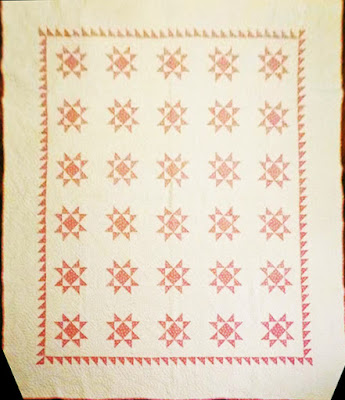 This pink and white version is dated 1936 with initials B.M.E.
The block seems to have fallen out of favor. 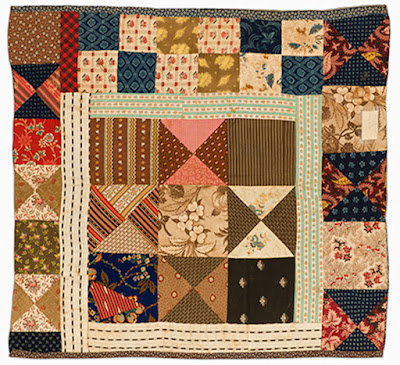 Posted by Barbara Brackman at 11:39 AM